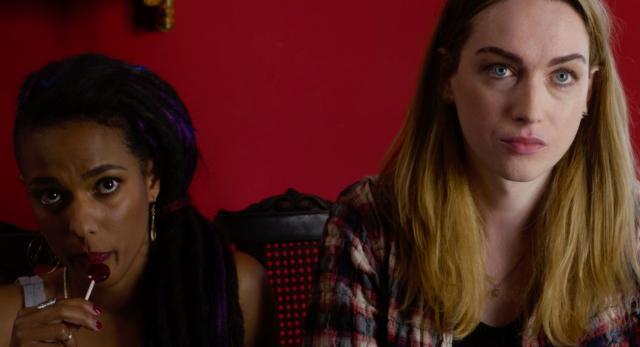 During a panel at TCA today, Jamie Clayton (who plays Nomi on Sense8), spoke about how the sci-fi show was breaking new ground in that it’s one of the first shows (if not the first show) to feature a trans character whose story has nothing to do with the fact that she’s trans. Progress! We’ll take it where we can get it.

Clayton specifically said, “Nomi’s story has nothing to do with the fact that she’s trans. She just is, and she’s living her life… as a whole, complete person and no one cares that she’s trans — and they shouldn’t because she’s a human being.” Her being trans might inform the story, but it isn’t the story, if that makes sense. Believe it or not, this kind of thing is a rarity.

Sense8 has also blazed trails when it comes to LGBT representation and on-screen diversity. One guesses that’s to be expected thanks to the Wachowski siblings. It’s also the first show to have a trans woman writing and directing a trans character. A downright rarity now, it’s something we can only hope catches on in the future, right?

We can only hope that Netflix picks up the pace on renewing the show for a second season. Ball’s in your court!