FBI Director James Comey Feels ‘Mildly Nauseous’ That He May Have Helped Sway the Election. Good. 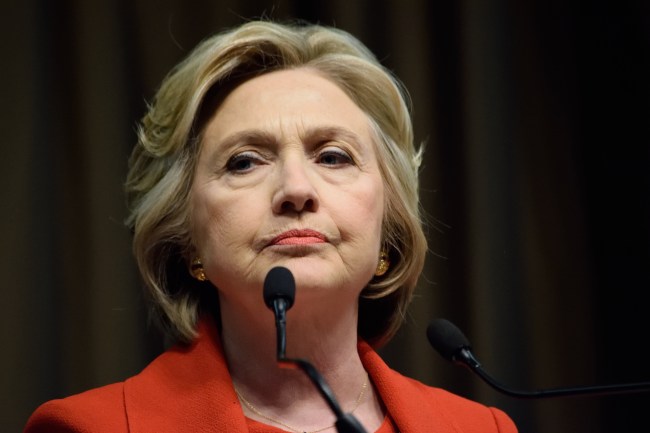 Yeah, us too, Director Comey. Except we feel fully nauseated, all day, every day, that Donald J. Trump is President.

Comey sat before the Senate Intelligence Committee today for another marathon session of questioning about his handling of all scandals Clinton and Trump. He stands by his decision to send a letter right before the election informing Congress that the FBI was investigating Clinton emails discovered on Anthony Weiner’s computer—despite not knowing their contents. But Comey admitted that the idea that he could have swayed the election one way or another makes him a wee bit queasy.

Oh, James Comey, I’m so sorry that you’re not feeling well. Have a Maalox. I have a four-year supply stockpiled, because every time it strikes me that Donald Trump is really President of the United States of America, I get violently sick to my stomach.

You know what? I take back my offer of Maalox. James Comey should feel nauseated about the potential ramifications of his actions. “Mildly queasy” is the least he can feel when I and many of my friends and loved ones live in daily fear over this new government’s attack on reproductive rights, healthcare coverage, minority and LGBTQIA protections, immigration status, and on and on and on. “Mildly queasy” sounds pretty nice.

Even Donald Trump is amazed Comey did what he did, though he still lives in a world of “Lock her up!” cries ringing in his ears. He tries to frame the thing as Comey helping Clinton (of course he does), despite some evidence that Trump’s campaign surrogates were getting leaked information from anti-Hillary FBI agents. As the New York Times reports:

Mr. Comey’s handling of the Clinton email investigation continues to shadow him. Not even President Trump seems keen to forget the decisions the F.B.I. director made during the election. On Tuesday night, the president criticized him in a Twitter post, writing that Mr. Comey was “the best thing that ever happened to Hillary Clinton in that he gave her a free pass for many bad deeds!”

That’s the President you helped deliver us unto, Mr. Comey. A madman who Tweets about his defeated opponent when he’s not watching the cable news that he lambastes as being produced by enemies of the people. Thanks.

In sending his letter to Congress about Clinton a mere two weeks before the election, Comey quite possibly changed the history of the world for the catastrophically worse. His actions went against the advice of senior Justice Department officials and the longstanding policies of the FBI, which he was well aware of considering that he runs the place. In general, the FBI does not comment on ongoing investigations—this is why Comey continues to be so tight-lipped about Trump, Russia, and the myriad of investigations therein.

Yet Comey couldn’t help himself from commentary in the most official and damaging capacity when it came to Clinton. If his concerns were as grave as he says they were, why not have a secure, confidential conversation with the authorities in Congress who would need to know, rather than a letter that leaked immediately? Despite the FBI finding, a few days later, that nothing new or criminal had been uncovered about Clinton’s emails, the damage had been done. The Comey Letter couldn’t be unsent.

I don’t blame Comey’s extraordinary actions alone for giving us Trump. There were a lot of mistakes made across the board, and the media bears a huge portion of the blame. Their fascination with Trump, and outsize obsession with anything Clinton did—including treating her private email server like it was a supervillain’s Watergate 7.0 while failing to accurately cover the candidates’ policies and proposals—was enough to make me wish I wasn’t in the media. And the millions of Americans who voted against their economic and social interests, and also voted for a nationalistic, narrow-minded future are very much responsible. As are the millions of Americans who just decided to sit the election out. They’re the ones I understand least of all.

But it’s impossible to escape that Hillary Clinton lost several key swing states by incredibly razor-thin margins. It’s impossible to escape that Comey’s letter had a real-world impact. While her campaign’s decisions also bear a fair portion of blame, the fact remains that Comey went against his own bureau’s policies and introduced a bogey(wo)man into the national discourse two weeks before election day. And he still can’t explain why to the satisfaction of Senators, or me.

I hope James Comey wakes up in the middle of the night with sweat trickling down his brow, grappling with his part in placing a brutish Tweeting snake oil salesman in charge of America.