Jameela Jamil Calls Out Tarantino Film for Casting Emile Hirsch, Who Attacked Her Friend in 2015 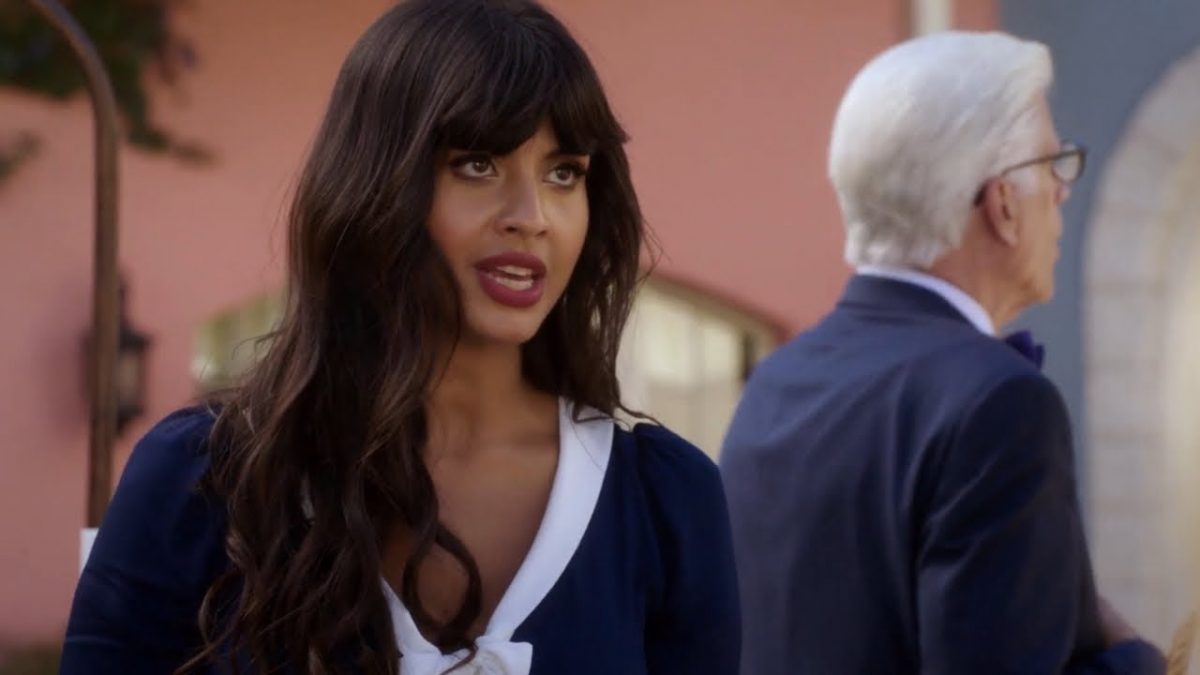 The Good Place’s Jameela Jamil continues to be an amazing and outspoken advocate for women and holding Hollywood men accountable.

On Friday, it was announced that actor Emile Hirsch would join the Quentin Tarantino film about the Manson Family murders—news that Jamil took to task because of Hirsch’s past abusive behavior. In 2015, Hirsch pled guilty to assaulting a female studio executive by choking her at a party. The executive, according to Jamil who calls her her best friend, dealt with three years of PTSD. While Hirsch was sentenced to 15 days in jail, Jamil says he never apologized.

Cool. Emile Hirsch strangled my tiny female best friend until she blacked out at a party in front of dozens of witnesses at Sundance Film Festival (and was convicted) but Tarantino just cast him in a movie. INTENSE case of rich white male privelege eh? Cool. Cool. Cool. 🖕🏽 pic.twitter.com/FkZNmK5fda

Left her with three years of PTSD and never paid for her treatment, and still hasn’t apologized to her. Not today Satan, not today… pic.twitter.com/VvO3rwX9L5

After the tweet gained some traction, Jamil added more comments to say she was moved by support and that to ignore Hirsch history sends the message that “it is ok to hurt women.”

Today has been a slightly intense day. I am extremely moved by the support for my friend. I hope Emile does right by her. I hope if he does not, the cast moves away from him. By celebrating men who hurt women, we tell men and women, it is ok to hurt women. Time’s up on this shit.

Emile Hirsch has not apologized for this heinous crime, but is re-joining Hollywood’s elite. Slow clap to everyone involved in this movie. So many other actors who haven’t attacked women to choose from… pic.twitter.com/UAwwKVE0Kj

She also replied to one particular comment about Hirsch making a “mistake” that also said Jamil “should apologize”. Jamil was, appropriately, angry at that choice of words:

Post Time’s Up, let’s stop calling the extreme abuse of women “mistakes.” Let’s look at the Black Lives Matter movement and see how the law is less lenient on people of colour. Let’s watch how we punish women in media just for toxic words, but male physical violence is a MISTAKE? pic.twitter.com/ixrVQdDtCq

Jamil also gained attention for her activism when she weighed in on the Aziz Ansari story to talk about how men are conditioned not to pay attention to women’s needs, and that as a whole, we need to do a better job teaching what enthusiastic, respectful, and consenting participation looks like.

Hirsch has not yet responded to the story and whether he has reached out to do right by his victim, as Jamil puts it, is yet to be seen. It is, of course, also a frustrating and telling casting decision as film director Tarantino has spoken frankly about how he knew about Harvey Weinstein’s history of abuse and regrets not having done more. If Tarantino continues to work with men like Hirsch and give them opportunities, those words suddenly feel very empty—what is the point of the movement if we only hold people accountable when it is convenient, easy, or of no consequence to us?

(via The Daily Dot, image: NBC)