If It Sounds Like a Crappy Excuse, That’s Probably Because It Is 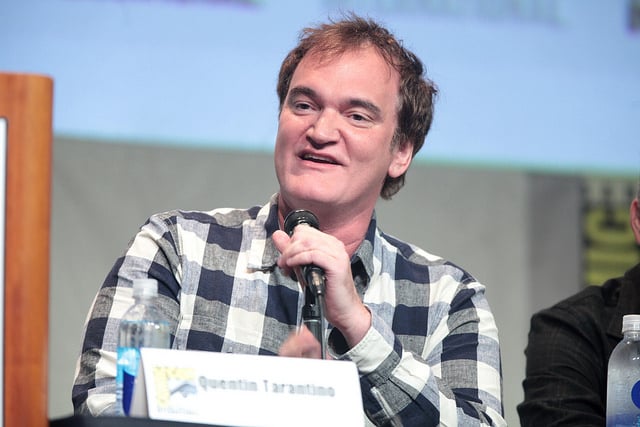 Director Quentin Tarantino, who had collaborated with producer and predator Harvey Weinstein for decades on films like Reservoir Dogs, Pulp Fiction, Kill Bill, Inglourious Basterds, and The Hateful Eight, spoke to the New York Times for about an hour about the producer’s continuous harassment and assault towards women in the industry.

Mainly, he revealed the unsurprising but still horrifying fact that he was completely aware of Weinstein’s behavior. “I knew enough to do more than I did,” he said. “There was more to it than just the normal rumors, the normal gossip. It wasn’t secondhand. I knew he did a couple of these things.”

Tarantino confessed that he had known about the abuse of power from actress friends of his, including his former girlfriend Mira Sorvino who recently shared accounts of Weinstein trying to massage her, chasing her through a hotel room, and more. The director shared that he felt the problem was resolved when Sorvino became his girlfriend, and Weinstein would keep his distance.

The director also pointed out that nearly everyone close to Weinstein knew one of these stories. So how did Tarantino continue working with with Weinstein for several more years, even attending an engagement party Weinstein threw for the director just weeks before? “What I did was marginalize the incidents,” says Tarantino. “Anything I say now will sound like a crappy excuse.”

And of course, that’s what they are. They are crappy excuses that paint him as an apathetic, uncaring coward whose career benefited from keeping his silence. The New York Times article is full of apologies. He also said (emphasis mine):

“I wish I had taken responsibility for what I heard. If I had done the work I should have done then, I would have had to not work with him.”

“I’m calling on the other guys who knew more to not be scared. Don’t just give out statements. Acknowledge that there was something rotten in Denmark. Vow to do better by our sisters.”

“What was previously accepted is now untenable to anyone of a certain consciousness.”

Now, reactions to Tarantino are somewhat split, with some praising the director for being candid and upfront about his failures, and others feeling frustrated and angry at how blatantly complicit the director was in Weinstein’s abuse. If it wasn’t clear, I’m in the latter camp. I’m furious at how familiar this story is, as it reminds us that while there are many hidden predators, there are just as many who quietly support them—that you could be Tarantino’s girlfriend and he still wouldn’t take real action against your abuser.

That’s not to promote the idea that men should be motivated only when someone close to them is under threat, only to point out that Tarantino’s reaction to Sorvino’s treatment wasn’t to try to create an environment where that couldn’t happen to any woman. Rather, his reaction was to use his own status, to enforce the idea that Sorvino was off-limits because she was his—not because she’s, you know, a person. What he thought of the less-famous actresses without famous boyfriends, we don’t know.

And “previously accepted”? By whom? Because anyone with a “certain consciousness” recognized that Weinstein’s behavior was never acceptable. Tarantino, in his call for action, also noted that Hollywood has been “operating under an almost Jim Crow-like system that us males have almost tolerated. We allowed it to exist because that’s the way it was.”

Beyond what’s wrong with the Jim Crow comparison in the first place (let’s remember that black women often have an even harder time when it comes to going forward with allegations), Tarantino’s use of the word “tolerated” and “allowed” really snag here. It’s incredibly telling about how he views his position. “Tolerating” and “allowing” something implies a certain level of passivity. Let’s make it clear: What Tarantino was doing was not passive.

It was a conscious choice of looking away from a problem, and deciding that the well-being and safety of these women weren’t of enough concern. It was hearing these stories and then going on to make hugely popular, award-winning films—ones that Weinstein would later go on to quote, name-drop, and reference when propositioning and preying on young, up-and-coming actresses.

It was an active enforcement of the status quo, of rape culture that keeps women silent and afraid while uplifting their abusers. Tarantino’s work and career is one that uplifted and contributed to Weinstein’s power—this is not tolerating a power structure, it is creating one.

Like all the stories coming out now about Hollywood and Weinstein, we should never forget that rape culture is in every industry and every aspect of our day-to-day lives. “When did you meet YOUR Harvey Weinstein?” showed us that countless women encounter workplace harassment and assault from men in power. But I’m sure that just as many women can recall a Quentin Tarantino in their life.

The Tarantino is the man who made excuses for your abuser, who didn’t cut him out of his life despite the fact that just the mention of his name leaves you crying and shaking, and who you see posing and smiling with your abuser in photos. He’s the man who feels so, so bad about what he did and gets called “brave” and “honest” for admitting his wrongdoings while the women who came forth before him are still dealing with threats and doubt. He’s a crappy excuse.

Tarantino states that Weinstein needs to “face the music,” but it feels just as necessary for men like Tarantino who are complicit in that kind of abuse to face the music as well. That is, if we truly want to change the culture.