Jake Gyllenhaal, You ARE the Sourdough Father 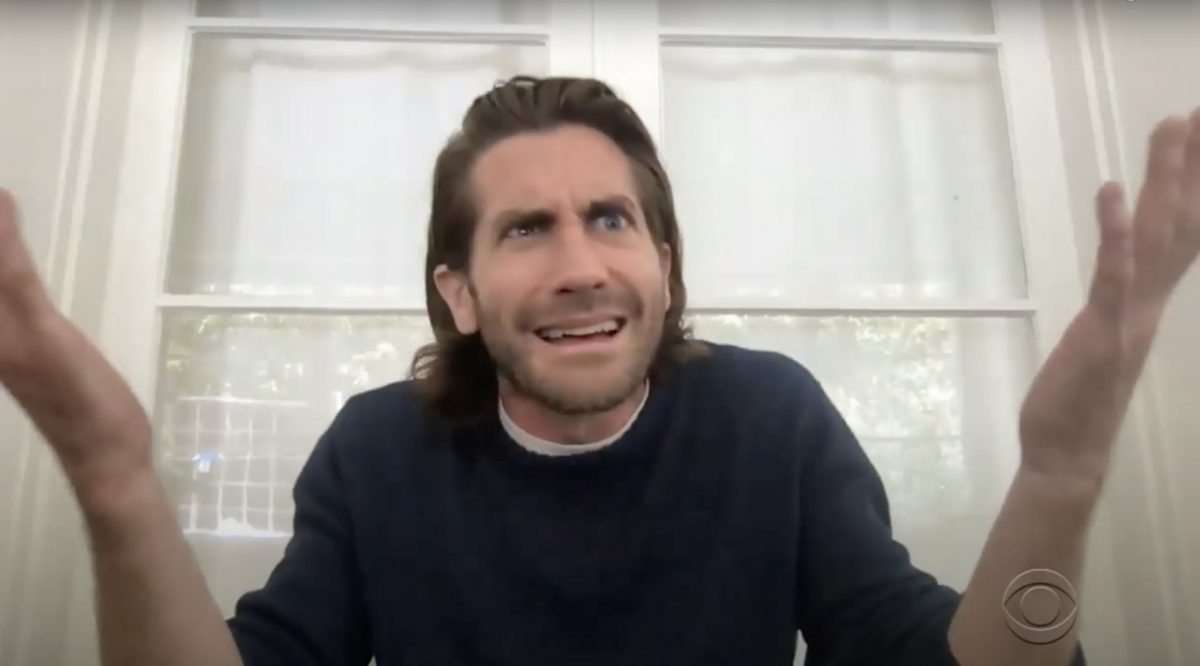 Right now, celebrities are just going on to talk shows (virtually) to talk about random things. It happens. Who knows? But Jake Gyllenhaal took to A Late Show With Stephen Colbert to promote Audible releasing Sea Wall/A Life (the play that Gyllenhaal did at the Public and the Hudson Theater in New York City before the virus).

A beautiful look at heartache and love, the play is two monologues. The first, titled “Sea Wall” and performed by Tom Sturridge, tells the heartbreaking tale of a man recounting a story about his daughter, and Jake Gyllenhaal performs “A Life,” a monologue about a man preparing for his first child and talking about his own father.

You’d think they’d talk more about the plays since nothing else is really going on, but … instead, they talked about bread. Yes, that’s right, Jake Gyllenhaal is taking to the hipster lifestyle and got really into sourdough during the quarantine. He went full dad mode, to the point where he even whispered the beginning of his interview because he didn’t want to wake the bread.

“I have sourdough rising, sshhh,” he said, sitting a bit too close to the camera and explaining that he was trying to let it rise. But with a turn to talk about his performance for Stephen Sondheim’s birthday (and his favorite Sondheim song being “No More” from Into the Woods), the entire interview was a hodge-podge of … everything.

Gyllenhaal went on to talk about the handstand challenge that Tom Holland issued him and how Hugh Jackman didn’t really reply to his request to do it.

It’s like Sourdough Dad Gyllenhaal came to us in our time of need and made sure we were safe and well-fed—well-fed in the sense that we, as fans, got a hot Gyllenhaal talking about baking, which took over Twitter.

My sourdough, which I’ve now named Jake [Gyllenhaal], did some important work while I was asleep. pic.twitter.com/Jv0LXW0ZaG

Jake Gyllenhaal has sourdough rising, keep it down! 🤫 #LSSC pic.twitter.com/9GaHd2nuv4

I hope that Jake Gyllenhaal and his sourdough are exceptionally happy, but also keep giving us content, Jake. Please?