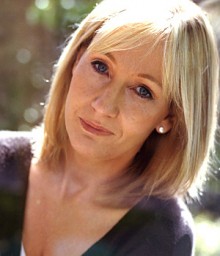 J. K. Rowling has announced that her next book, her first book in a post Harry Potter world, will be called The Casual Vacancy. The book, aimed at adults, will be set in the English town of Pagford, but it has been noted that all isn’t as idyllic as it seems on the surface. The Casual Vacancy will be sold as an eBook as well as a hardcover upon release, and interestingly, the publisher called the book “blackly comic.” The publisher of the book, Little, Brown & Co., said the book will be available worldwide on September 27.

It will certainly be interesting to see how and even if J. K. Rowling can write for a mature audience, even though that argument is somewhat moot, as her not-exactly-mature series kind of took the world by storm, regardless of reader age.

Back in February on her underused Twitter account, Rowling said of the new book, “As you may have heard, I have a new book out later this year. Very different to Harry, although I’ve enjoyed writing it every bit as much.” As of this post, she also tweeted her new author website around 45 minutes ago, JKRowling.com, which has yet to be updated with the name of her new book, and instead displays a button labeled “The New Book.” Probably because the site is being hammer with traffic, as of this post, clicking on “The New Book” button simply brings up a loading icon that doesn’t seem to ever go away. Hopefully, the issue will get sorted out sometime later today and there will be new details regarding The Casual Vacancy.

The book could be political, as a quick Google search for “casual vacancy” returns a Wikipedia page that describes the phrase as “a situation in which a seat in a deliberative assembly is vacated during that assembly’s term.” So, we might be in for something political. Luckily for Rowling, a search of the name of the town her new book is set in, Pagford, doesn’t turn up anything on Urban Dictionary.

(via The Wall Street Journal, US News)