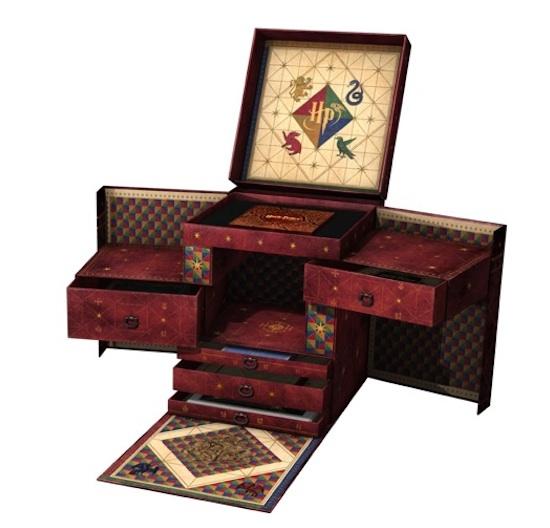 Harry Potter, the book and multimedia series that has come to define nerddom for this generation, is over. The books are finished, the movies have run through the reels, and now all that’s left to do is find new and interesting ways to sell it to you. To that end, Warner Brothers is preparing to unleash a $500 box set of the movies. Called the “Harry Potter Wizards Collection,” it includes 31 discs, 13 discs of special features, and a host of other stuff. There’s no firm release date, but that doesn’t mean you can’t pre-order it on Amazon right now for the low, low price of $350. 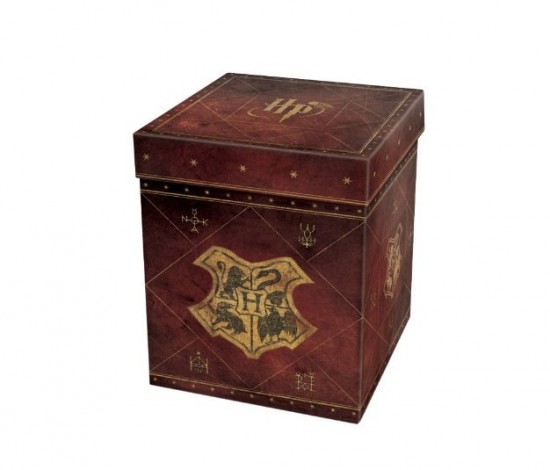 Here’s what’s inside, according to Amazon:

The set is reported to be available in “2012.” There’s a remarkably complete breakdown of what other goodies you might expect to find in the box in this comment thread.

Just judging from the images, this appears to be an absolute A+ for presentation. The box looks amazing —  if you’re going to spend $500 on a bunch of DVDs, it had better come in a sweet box. However, I have a few quibbles with the box set. First, I really hope that the Harry Potter box set designers put more than just a bunch of drawers on this thing. The Lost box set had an entire TV series on Blu-Ray and a secret puzzle built into the box itself, which sets the bar pretty high as box sets go.

Second, the Harry Potter box set uses the dubdious Ultraviolet system. While this gives users access to an online, streaming version of the movie it’s a far cry from a digital copy that users actually own. If you’ve got problems with huge media companies micromanaging you, this might be a deal breaker.

If you’re the kind of Harry Potter fan that lights his or her cigars with hundred dollar bills, this might be the set for you. Unfortunately, it might be the only option for a while as /Film points out that Warner Bros has been working to limit the availability of the DVDs for some time now. Hopefully, someone will take a cue from this handsome Criterion mockup and put out a cheaper, high-quality set for those Potter-ites in need.