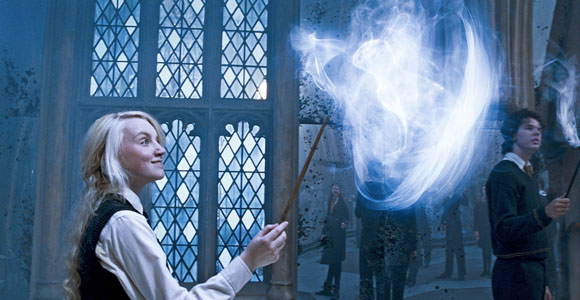 The New York Times recently sat down with Harry Potter author J.K. Rowling to discuss something near and dear to her – books! But in the midst of talk ranging from classic authors, to books that made her cry, and her favorite literary heroine, something huge was revealed. Rowling doesn’t read fantasy or sci-fi. DOES NOT COMPUTE!!!

Let’s get right down to it. The NY Times asked Rowling, “Any literary genre you simply can’t be bothered with?” She said:

“Can’t be bothered with” isn’t a phrase I’d use, because my reading tastes are pretty catholic. I don’t read “chick lit,” fantasy or science fiction but I’ll give any book a chance if it’s lying there and I’ve got half an hour to kill. With all of their benefits, and there are many, one of the things I regret about e-books is that they have taken away the necessity of trawling foreign bookshops or the shelves of holiday houses to find something to read. I’ve come across gems and stinkers that way, and both can be fun.

On the subject of literary genres, I’ve always felt that my response to poetry is inadequate. I’d love to be the kind of person that drifts off into the garden with a slim volume of Elizabethan verse or a sheaf of haikus, but my passion is story. Every now and then I read a poem that does touch something in me, but I never turn to poetry for solace or pleasure in the way that I throw myself into prose.

But…what…how? This is really wrecking my brain. Why would you write seven fantasy novels if it wasn’t something you were already interested in? Perhaps that’s why she steered clear of it with her follow-up novel, The Casual Vacancy. Coincidentally enough, that’s the last book that made her cry. “I bawled while writing the ending,” she said, “while rereading it and when editing it.”

As to the last book that made her furious? Rowling gave an answer I’ll be utilizing from now on, “As Margaret Thatcher might say, I don’t wish to give it the oxygen of publicity.”

What about her favorite literary heroine? “Jo March,” she said. “It is hard to overstate what she meant to a small, plain girl called Jo, who had a hot temper and a burning ambition to be a writer.” But if she could choose to be any literary character she answered, “Elizabeth Bennet, naturally.”

The full interview is chock-full of interesting answers to interesting questions. I highly recommend giving it a read.