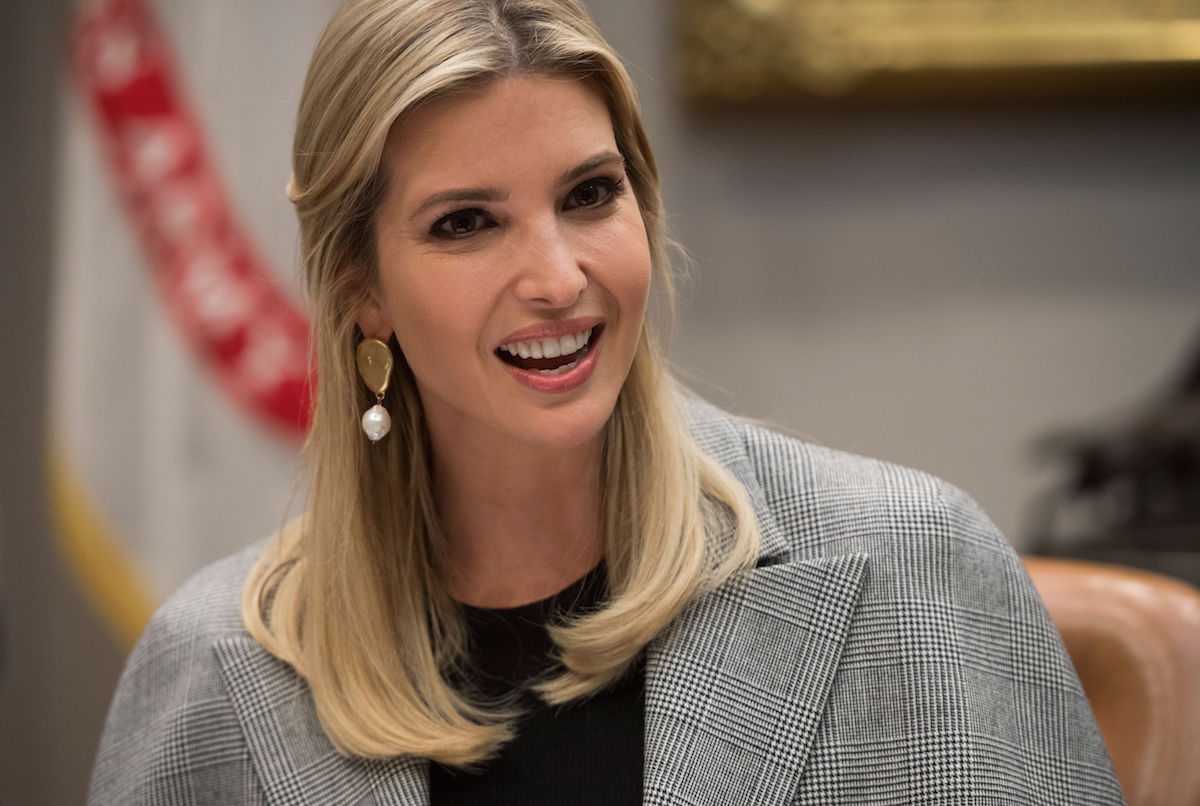 It’s Infrastructure Week in Washington again, which, in political terms, means Donald Trump tweets about “WITCH HUNTS” while his daughter Ivanka gives the world new meme material. If there’s something more to Infrastructure Week, we have yet to see it.

This week, Ivanka travelled to a job training and science facility in Waukee, Iowa. There, she participated in a number of experiments. Or she had her photo taken while basically cosplaying a scientist. Whichever way you want to look at it.

Talking #WorkforceDevelopment and Infrastructure in Iowa today! @realdonaldtrump’s #Infrastructure initiative includes a robust plan to expand skills-focused learning to prepare the next generation of American workers for 21st century job opportunities. Thank you @kimreynoldsia for your commitment to STEM education and skills training and for all the amazing work that you are doing in the great state of #Iowa! 📸: Rodney White, The Register

As she put on her goggles, she even said “I can’t promise that I’ll get this right, but at least we’ll look the part, right?” Which pretty much sums up her entire role at the White House, doesn’t it?

Apparently, what she was doing in the picture was testing levels of nicotine in vape juice, which just adds an extra level of bizarro onto this. The internet has responded swiftly, with caption contests, memes, and general mockery.

when the receipie calls for the tears of exactly four poor children pic.twitter.com/uPet5U43Z2

Ivanka, you have a knack for making EVERY single photo you’re in look like a hyper posed and orchestrated stock photo. It’s uncanny.

IVANKA, GIRL, TIE UR HAIR BACK WHILE WORKING WITH ANY SORT OF CHEMICALS

. @IvankaTrump We see you are training for the Space Force. Tell us about your experiment. We want all the details. pic.twitter.com/Ua2PJk7Ub4

Ivanka’s dress-up time is all the more insidious when you think about in the context of her father’s views on pretty much anything STEM-related. He has proposed massive cuts to the National Institutes of Health, the National Science Foundation, and the Office of Science at the Department of Energy, just to name a few. His administration is run by climate change skeptics. The very infrastructure plan Ivanka was supporting with this trip–part of a plan which has been called “all adjectives and no math”–has pretty much no chance of making it through Congress.

So well done, Ivanka. You did a great job “looking the part” while serving as the face for an administration that doesn’t give a shit about those students or their vape juice.