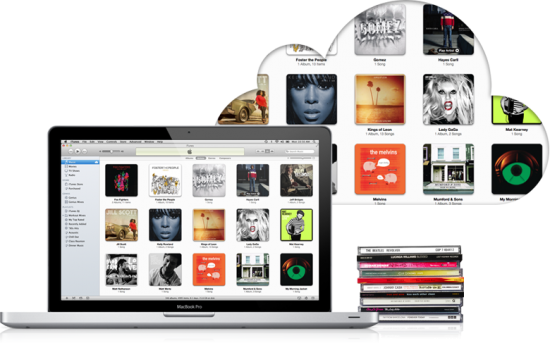 Announced way, way back with Lion, iTunes Match is the capability that iTunes has been missing for years. With Match, users have the music stored on their computers in iTunes “matched” with tracks on Apple’s servers. For the tracks Apple can’t “match,” they’ll upload and store a copy of the song for free. Once “matched,” users can download a copy of the song to any authorized computer or device. All this comes at a cost, albeit a quite reasonable $25.00 per year.

Though it has been a long time coming, iTunes Match is available with iTunes 10.5.1. The launch of the service now completes Apple’s suite of cloud services with which it hopes to compete with Google, Amazon, and Microsoft. Given the ubiquity and popularity of iTunes, it’s sure to put Apple back in the lead. That is assuming, of course, that the service works as advertised.

Here’s how Apple explains the service:

Here’s how it works: iTunes determines which songs in your collection are available in the iTunes Store. Any music with a match is automatically added to iCloud for you to listen to anytime, on any device. Since there are more than 20 million songs in the iTunes Store, chances are, your music is already in iCloud. And for the few songs that aren’t, iTunes has to upload only what it can’t match. Which is much faster than starting from scratch. Once your music is in iCloud, you can stream and store it to any of your devices. Even better, all the music iTunes matches plays back from iCloud at 256-Kbps AAC DRM-free quality — even if your original copy was of lower quality.

Their use of “stream” is a little bit odd here, since the system has always been described as a means to upload songs to your devices. Meaning, the songs are stored locally, not streamed. This is probably some semantic nitpicking, but hopefully no one will be too confused.

When it was announced, there was some talk of how this service would, in effect, “legalize” illegally downloaded music. If you ripped a friend’s CD or torrented a song, and iTunes matches it with an existing song on its servers, that MP3 of yours is no longer tainted with the stench of piracy. In some ways, this is true. However, you are paying Apple for the service, and the record companies who have secured deals with Apple are likely getting paid in turn. To me, this is less of a legalization, and more like tax amnesty: Pay now, and we’ll call it good on past transgressions.

You can download the update now but, unfortunately for international users, iTunes Match is only available in the U.S..