Not by the Hair of Our Chinny Chin Chins: Italian Wolves Prefer the Taste of Ham Over Venison 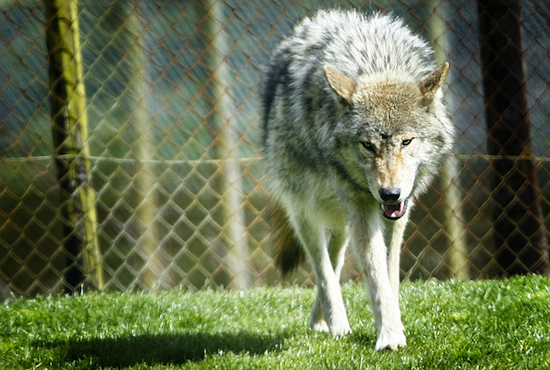 The three little pigs better not be planning to build a summer villa in Italy anytime soon, since a recent study of Italian wolves showed that local wild boar accounts for nearly two-thirds of the predator’s overall diet, while the remaining one-third is roe deer. Biologists learned about the wolves’ discerning tastes after sifting through and analyzing numerous samples of wolf fecal matter from the population in Tuscany over a period of nine years. Based on these findings, in conjunction with the Italian wolf’s behavior, there is a chance that the species can be reintroduced into parts of Europe without disturbing the land of local farmers or their livestock.

A contributing factor in the Italian wolf’s dietary preference for ham was largely due to the size of the boars in the Mediterranean. Compared to other species that populate Europe, those found within the critter’s hunting grounds were smaller and therefore easier to take down. Though roe deer are known to experience population booms that lead to higher densities, and more hunting opportunities, the wolves still pursued wild boars in spite of occasional times of the year when they became harder to find. Some analysts even believe there is a correlation between diminished boar populations and the sudden, inexplicable appearance of tiny houses made of brick. Well, okay, maybe not that last part.

Perhaps the greatest piece of information gained from this study was the wolf’s tendency to ignore domesticated livestock in favor of wild boar and the infrequent roe deer. History has clearly shown that farmers typically have an abrasive attitude when it comes to wolves threatening their livestock, with the animal more often than not tasting lead instead of lamb or cow. Since it looks as though Farmer Brown’s livestock isn’t on the menu for Italian wolves, perhaps the long-hunted creature can be spread out farther into Europe and repopulate.