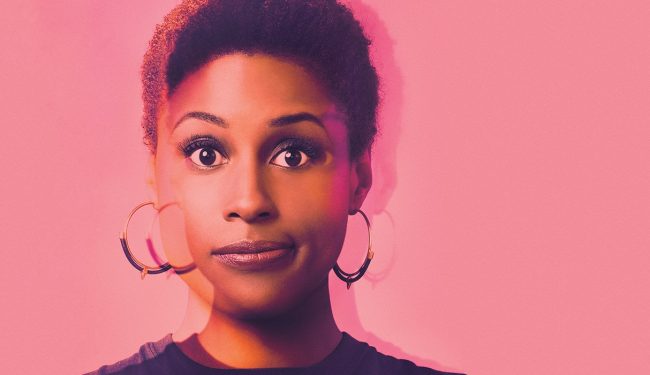 As part of Deadline’s Contenders Emmys, Issa Rae sat down to discuss her Golden Globe-nominated HBO show, Insecure. Based in part on Rae’s web series, The Misadventures of Awkward Black Girl, Insecure follows the awkward adventures of two friends, Issa (Rae) and Molly (Yvonne Orji). Rae not only hinted at the arc for Season 2, but also spoke about her vision for the show in the current TV landscape.

“I think for such a long time,” she said, “I just was not seeing great black female friendships on television. It was constantly about tearing one another down or throwing shade. There are elements of that, but for the most part, black women are essential to my life.” (TMS contributor Afiya Augustine-Cox previously wrote about the importance of Insecure‘s portrayal of black womanhood.)

Rae also previewed the events of Season 2, which premieres on July 23, 2017.  “I think with Season 2, we’re picking up where we left off, and we’re exploring just what it looks like when everyone’s doing what they’re supposed to be doing,” she said. “When you’re single, what are you supposed to be doing? When someone tells you you need therapy, what are you supposed to be doing? Without giving too much away, I always tell people to imagine, if your friends had been in the scenarios at the end of Season 1, what would they do, or what would you do? That’s probably how Season 2 will play out.”

“When does season 2 of #InsecureHBO premiere,” you ask? pic.twitter.com/PtyKm2QHNw

(Via Deadline; image via HBO)