Meet the Isleworth Mona Lisa, Which Might be the Mona Lisa’s Senior by Ten Years

The lady is familiar, but not the facial expression. For years art historians have pondered the origins of the Isleworth Mona Lisa. Is it a copy, painted shortly after da Vinci finished his mysterious masterpiece, or an early draft of the famous portrait, painted ten years previously?

The debate begins anew, with the unveiling of the painting to the public eye for the first time in forty years. 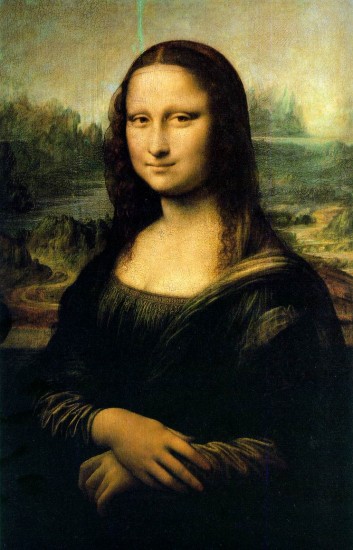 The Isleworth Mona derived its name from then English collector who brought it back to his home studio in Isleworth after purchasing it from a “noble family” in 1913. Its origins would later be extensively researched by an American, Henry F. Pulitzer, whose research stated that he could pinpoint the patron who commissioned the work and the woman who sat for it, the patron’s wife. From LiveScience:

Skeptics point out that the painting was done on canvas, when da Vinci worked most often on wood, not to mention other discrepancies in the figure’s hair, dress, and the landscape behind her. The reason that the figure looks younger, they say, is because whoever copied the Mona Lisa to make the Isleworth simply painted it that way.

Doesn’t sound like a question that we may ever know the answer to, but this much we can conclude: if people are still wondering about the Mona Lisa today, then sometimes the path to immortality does lie in a painting. And not just in Oscar Wilde novels.