Archaeologist Finds the Cave of the Lone Woman, A.K.A. Karana From Island of the Blue Dolphins 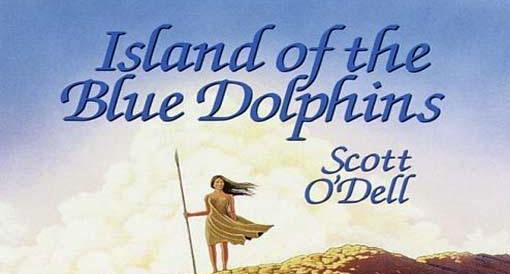 Wow. This takes me back. Navy archaeologist Steve Schwartz has found the cave of the Lone Woman of San Nicolas island—a.k.a. the woman who inspired Scott O’Dell‘s YA classic Island of the Blue Dolphins, one of my favorite books growing up.

The woman was a member of the Nicoleño tribe, which had to leave its island home off the coast of California after an 1814 massacre perpetrated by sea otter hunters from Alaska (those darn sea otter hunters) left the tribe devastated. Franciscan fathers packed all the Nicoleños on a ship and took them to the mainland—all except the Lone Woman, who went back because her baby had been left behind. (In O’Dell’s book it was her brother.) The Lone Woman lived alone on the island for 18 years before being found in 1853 by a rancher and taken to Santa Barbara, where she died seven weeks later of dysentery.

Schwartz has been looking for the cave where the Lone Woman lived for over 20 years, but the problem he faced was that all the caves on San Nicolas were unlivable due to the tides that surge in. But a note on a 133-year-old government survey led Schwartz shallow depression filled with a layer of sandstone and a huge pile of sand. And underneath that: The opening of a cave.

As per the Los Angeles Times:

“We’re 90% sure this is the Lone Woman’s cave,” Schwartz told several hundred fellow researchers last week at the California Islands Symposium in Ventura. Further excavation is necessary, he said, adding that a crew of students has painstakingly removed about 40,000 buckets, or a million pounds, of sand from a cavern at least 75 feet long and 10 feet high.

History. Children’s books. I love it. Time to re-read Island of the Blue Dolphins.

(via: The Los Angeles Times)