So, Is Tatiana Maslany Playing She-Hulk or Not? 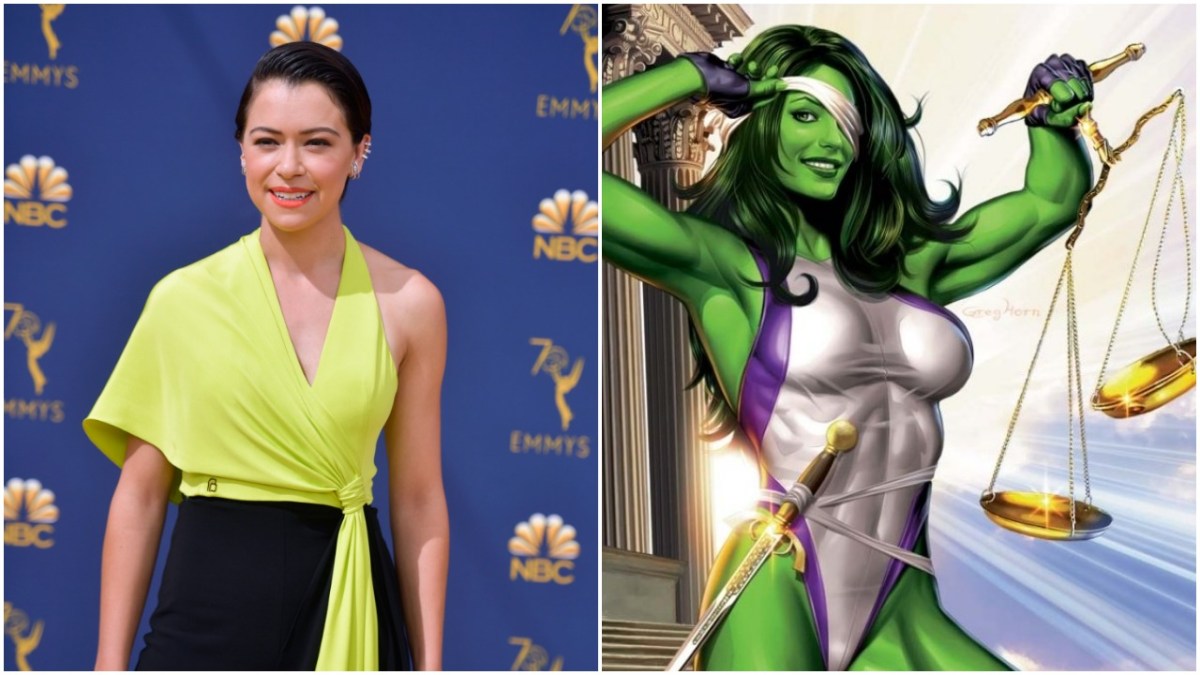 Last month, the internet rejoiced at the news that Orphan Black star and acting powerhouse Tatiana Maslany had been cast in the titular role of the She-Hulk Disney+ series. Maslany was (and remains) a great choice to play Bruce Banner’s cousin, Jennifer Waters who splits time as a lawyer and a green badass.

But today that casting was called into question by Maslany herself. When speaking with the Sudbury Star about being a juror for the Glenn Gould Prize, which went to Canadian Indigenous filmmaker Alanis Obomsawin, Maslany denied the reports of her casting:

Sudbury Star: I was hoping to ask you about some of the stuff you’ve got going on too. Obviously you are the new She-Hulk, which is a pretty big deal —

Maslany: That actually isn’t a real thing and it’s like a press release that’s gotten out of hand. It’s totally not — I’ve been connected to these things in the past and press has gotten onto it, but it’s not actually a thing, unfortunately.

Subiry Star: Seriously? I think I even saw it on the BBC, like serious news outlets.

The initial report of Maslany’s casting came from Deadline, which broke the news as an exclusive based on “sources” and not an official report or release from Marvel. That news spread and was even shared by He-Hulk Mark Ruffalo and, most tellingly, by She-Hulk‘s showrunner, Jessica Gao.

So, as the Oprah gif would say: what is the truth here?

We can’t be sure, but the most likely answer is that Maslany is still in negotiations with Marvel over the contract for the role and thus can’t discuss anything publically. This news was a leak before Marvel wanted it out, and probably before all details of Maslany’s contract were confirmed. As an actor negotiating that contract (or working with agents and managers to negotiate it), she wouldn’t want to upset Marvel or jeopardize her role by speaking about it before everything was confirmed.

Eric Goldman, formerly of Marvel, explained it really well in a Twitter thread, noting that this isn’t the first time Marvel has done this.

She-Hulk showrunner Jessica Gao’s pinned tweet is currenty a link to the THR article about Maslany being cast. My guess is they probably will do some big online event or such and officially announce She-Hulk, Ms. Marvel, Kate Bishop and maybe the Moon Knight casting all at once.

Oh, whoops, Jessica Gao’s pinned tweet is not the Maslany casting, but it is her feed, with a green heart. Anyway, I think Tatiana Maslany is She-Hulk and she just can’t say it yet, but hopefully sooner than later!

Given everything, I think it’s safe to assume that Maslany IS Jennifer Waters, but that she simply cannot say so right now.