Is Spider-Girl Back? New Marvel Announcement Teases Return Of Mayday 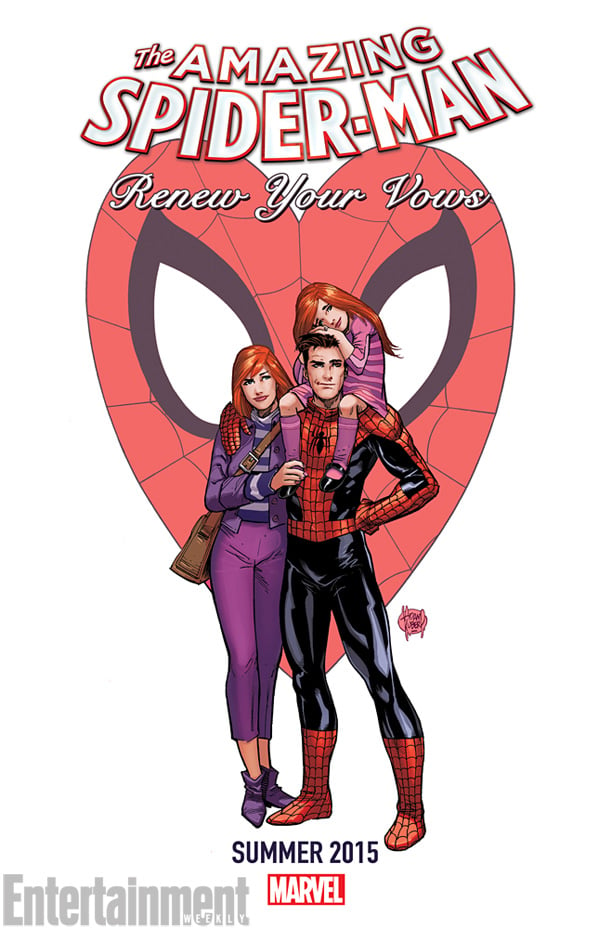 Marvel has been announcing a seemingly-endless number of events for next summer, but today’s caught our interest especially because… is that Mayday?!

The art here is clearly reminiscent of Peter and Mary-Jane’s wedding from 1987: 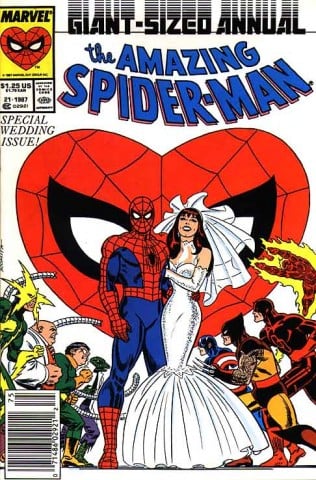 But Spidey’s nuptials were erased from the greater Marvel canon during 2006’s “One More Day” business (that a lot of people hated, might I add). Eventually Mary-Jane got pregnant and then there was some ridiculous stuff involving clones and maybe the Green Goblin stealing the baby, and it was generally the worst. But long before the Spider-Gwen AU, Peter and MJ’s baby got her own series: Spider-Girl, set in the MC2 universe, where May “Mayday” Parker is a teenager and has taken up Dad’s mantle. It’s also one of my favorite series of all time.

So that begs the question: is the little girl in Marvel’s new event photo a Earth-616 version of Mayday? She was just in last week’s issue of Amazing Spider-Man #8 in the Spider-Verse conflict, which was… interesting, but could this be yet another version of her?

This is a lot of events, Marvel. We hope you’re going to bring us some solid Spider-Girl to go with them.