Is Nate Silver A Witch? The Internet Says Probably | The Mary Sue 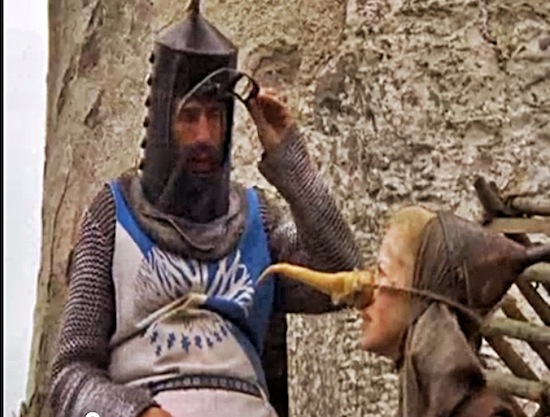 NYT poll-meister and knower of dark secrets Nate Silver took some flack last week for making bets on the outcome of the presidential election with Fox News personality Joe Scarborough. Silver was vindicated last night as his predictions for the election, on a state by state basis, turned out to be eerily accurate…almost too accurate, some might say. So as the nation looks to put a contentious presidential election behind us and move forward as a country, we can all turn to the most important question of the morning after the big night: Is Nate Silver a witch?

To learn whether Mr. Silver has indeed made pacts with dark creatures from the nether realms for the power to accurately forecast the outcomes of political races, we turn as always to the infinite wisdom of the Internet to find the the answer is…probably. The tireless researchers at IsNateSilverAWitch.com have used what we can only imagine is a sophisticated blend of statistical analysis, educated guesses, dream interpretation, and several pound of tea leaves to determine that Silver is likely drawing power from unholy masters to make his political prognostications. This is, after all, the simplest and most reasonable explanation.

While we on the Is Nate Silver a Witch editorial board are strict rationalists, Mr Silver’s performance has been uncanny enough to raise  significant doubts as to whether his methodology is entirely of this world.

So, do Nate Silver’s suspiciously on point predictions tell us that the casting of bones and reading of entrails are as important to his methods as poll numbers and math? Will Mr. Silver agree to utterly reasonable tests that will determine, once and for all, whether or not he weighs as much as a duck? Will he consent to being crushed beneath a massive pile of stones, for science? We don’t know the answers to these questions, but we do know this: we’re going to let someone else ask them. We haven’t gotten this far in life by crossing people who can give us the Evil Eye, and we’re damn well not about to start now.