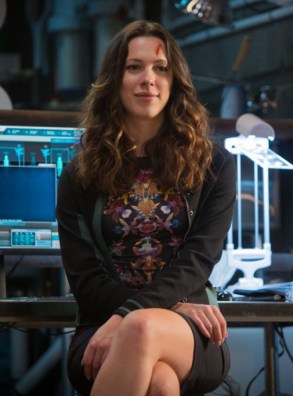 “The thing I really like about this storyline is that everyone assumes, ‘Oh, this is going to be some sort of love triangle, and it’s going to be some massive cat fight between Pepper and Maya,’ and it was never that on the page. Instead, they did what the Iron Man franchise has nearly always done, which is sort of subvert expectations and stereotypes and actually made it about two very smart women who understand this rather eccentric figure, Tony Stark. There is a sort of bonding that happens between them because of that, and they are very funny about it. It’s not at all what you expect, which I think is much more true to life and was refreshing, frankly.” – Iron Man 3’s Rebecca Hall responding to a question from Marvel.com on how her character Maya’s past with Tony Stark affects her relationship with Pepper Potts.