Forgive us, deer. That wasn't humanity at its best. I hope. 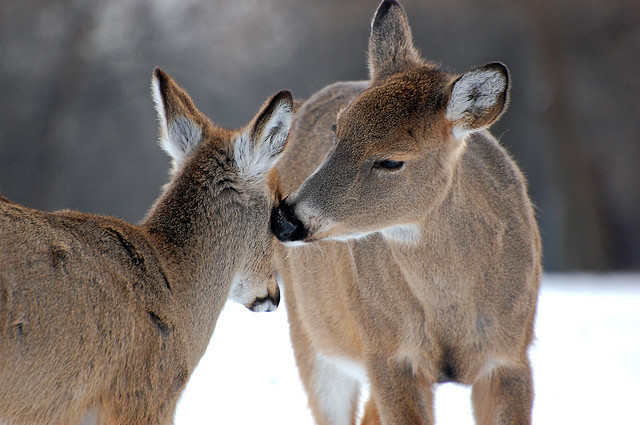 A study of 300 red deer has revealed that even though the Iron Curtain fell years ago, the animals still refuse to cross between the Czech and Bavarian sides. One researcher told the BBC they are “just very conservative,” but a better word might be “frightened.”

The study’s findings imply that fawns learn the boundaries of their habitat from their mothers—with an average life span of 15 years, today’s generation of red deer weren’t alive when an electric fence separated the countries.

It was fascinating to realize for the first time that anything like that is possible. But the border still plays a role for them and separates the two populations.

Since the deer apparently inherit perception of their habitat, the Czech and German populations will likely continue to respect the boundaries our species placed on them until an external force intervenes to restore their full frolicking rights. A Czech and Bavarian deer need to make the beast with two backs and have a baby, fast.

(via BBC, image via Tom Gill)