Why Are Hundreds Of Deer Throwing Themselves Off Of An Idaho Bridge? 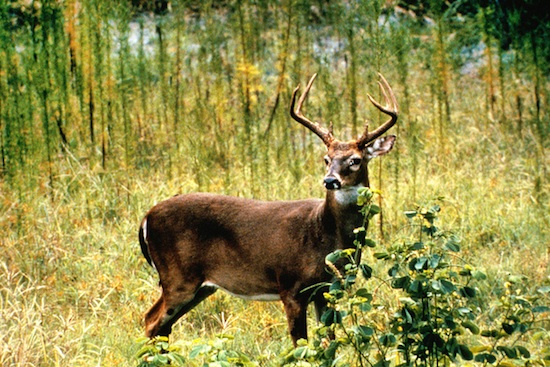 In sad but perhaps predictable news, hundreds of deer have leapt to their deaths from an Idaho bridge in recent years. The rash of suicides has left Idaho Fish and Gameofficials baffled as to why the deer may be jumping off of the bridge the bridge, leaving us to assume they’ve already ruled out the simplest answer, which is, of course, “Because they’re deer, and deer are beautiful, noble, monumentally stupid creatures.”

Officials best guess is that most of the deer are leaping from the 120 foot tall (and aptly named) High Bridge while they attempt to leap out of the way of oncoming traffic. Which is a pretty good instinct and a sensible reaction, unless it results in jumping off of a bridge, at which point you look pretty silly, and also dead in a river. For our money, that sounds like giving deer a lot more credit for common sense than they generally deserve. Has anyone even looked into the possibility that the deer are just overburdened with student loan payments?

Drivers as well as Fish and Game officials have looked on in helpless terror for years as deer — or as they’re known in Idaho, “pre-venison” — jump from the bridge, but have so far been unable to stop them. Even installing an underpass a couple of years ago hasn’t worked, as the bridge, which reopened following construction earlier this year, remains a veritable cervidae death mill.

Maybe instead of an underpass, they should have just installed a meat grinder beneath the bridge? Because right now, this just sounds like a criminal waste of sausage to us.

(via Seattle Pulp via CBS)