Is Iran Poised to Replace the Internet? 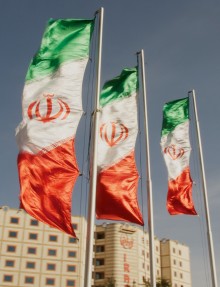 In the past few days, reports have begun to trickle in that Iran is planning to cut the cord on the immoral Internet, and replace it with a sanitized state-run system. Not known for their free and open society, it’s easy to believe such a story. However, the Iranian government has issued a flat denial of an Internet blockage but does appear to be working on state-run web services. So, what exactly is going on?

The story that’s been circulating is based off a statement from the Iranian minister for Information and Communications Technology Reza Taghipour which announces a multiphase plan to eventually wean the country off the Internet. The first of these phases, allegedly set to roll out in May, would replace services like Google, Hotmail, and others with homespun, statecontrolled alternatives. Email would be handled by “Iran Mail,” and web searches by “Iran Search Engine.”

These reports generally quote Taghipour as promoting this as a “clean Internet.”

In their coverage, the International Business Times attributes their source to a statement by Taghipour on April 5. A similar report from Bloomberg mentions the email, search engine and a “domestic Internet,” but not a “clean Internet” and is dated April 1. The IBT article goes on to say that after the initial phase rolling out in May, a second phase in August would cut off the Internet completely, allowing only a select “white list” of foreign websites to be accessed.

Now, Iran has said that this “clean Internet” plan is a total fabrication. Quoting from a website unaccessible outside of Iran (for the curious: http://www.ict.gov.ir), PhysOrg says that the Iranian Information Ministry has issued a statement blasting the notion of an internal national internet, or intranet. In it, the statement claims that the April 1 statements from Taghipour are a hoax.  From PhysOrg:

“The report is in no way confirmed by the ministry” and is “completely baseless,” the ministry statement said.

The hoax report quoted Taghipour saying that Iran would from August launch a “clean internet” that would block popular services like Google and Hotmail and replace them with government-sponsored search engines and e-mail services.

The ministry statement slammed the false report as serving “the propaganda wing of the West and providing its hostile media with a pretext emanating from a baseless claim.”

Now, it appears that a closed information system is being built by the Iranian government. In their coverage, the IBT linked to what it claims is a registration page for the aforementioned state-run email system. According to PhysOrg, the closed information system is slated to roll out sometime in March 2013. However, it appears that the difference is whether or not the Iranian government will divert all web traffic into the closed system, or have it run in parallel to the rest of the Internet.

In a January 2012 article, an anonymous Iranian IT expert told the U.K. Guardian:

“Despite what others think, intranet is not primarily aimed at curbing the global internet but Iran is creating it to secure its own military, banking and sensitive data from the outside world.

“Iran has fears of an outside cyber-attack like that of the Stuxnet, and is trying to protect its sensitive data from being accessible on the world wide web.”

This scenario seems far more likely than actually cutting off users from the rest of the Internet. Currently, the Iranian government censors about five million websites, and  Internet access is apparently quite slow and expensive inside the country. This already creates numerous hurdles to access the web, but it is at least somewhat accessible which allows the Iranian government to dodge claims of tyranical leadership.

Though anyone can go back on their word, issuing a flat denial and claiming that the source of the “clean Internet” reports come from “the propaganda wing of the West” would make it hard for the Iranian government to simply turn around and do it anyway. And Iran still does have elections — albeit questionable ones — and must maintain some level of public acceptance. While the sitting government is extremely restrictive, cutting off complete access to the outside world could be a step too far.

One thing is certain: Some kind of information system internal to Iran is coming. What happens when it launches in earnest, either next month or next year, will likely answer the question of what it will mean. Here’s hoping it isn’t horrible.