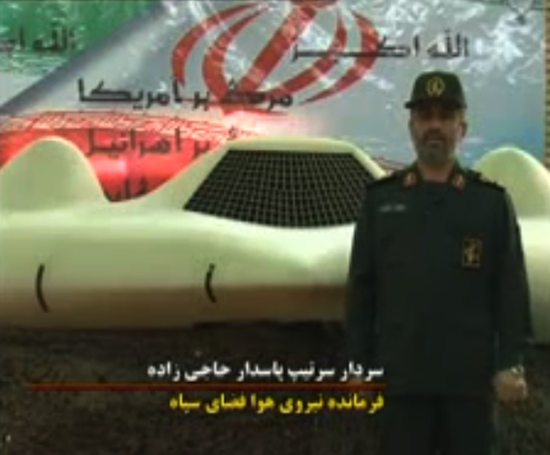 Rumor became reality yesterday when the Iranian military unveiled the downed US RQ-170 drone on national television. According to Press TV, the Iranian authority, “[…] has announced that it intends to carry out reverse engineering on the captured RQ-170 Sentinel stealth aircraft.” Which is an interesting statement, because instead of being covert about reverse engineering, they’re coming out and saying exactly what U.S. officials are probably most concerned about.

In case you’re curious, the Washington Post says that the banner reads: ““We’ll trample America underfoot” and “The U.S. cannot do a damn thing.”