Iran Has Developed a Functioning Railgun, This is Probably Not a Big Deal 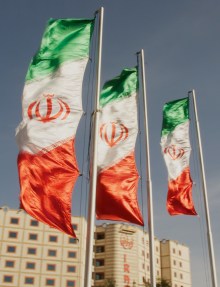 According to a report from the FARS News Agency, Iranian scientists have developed a functioning railgun. These weapons, as science fiction fans and defense acquisition nerds will surely know, use electromagnetism instead of combustion to fire projectiles at incredible speed. At such high velocity, the relatively small size of the projectile doesn’t matter since force still equals mass times acceleration, meaning that smaller rounds could inflict heavy damage.

In the description from FARS, the Iranian railgun does sound like an achievement. The report says that the weapon can fire 8mm steel rounds at 35 rounds per minute. The device has a reported muzzle velocity of 330 meters per second, and requires a 2 second cool down period after each firing.

With those specifications, the question of how formiddable a weapon this is — or later iterations could be — is an obvious one. I should state first that I am neither an expert on geopolitics, electronics, or weaponry. I am, however, a nerd armed with Wikipedia.

So, let’s look at the device as described. Firstly, a muzzle velocity of 330 m/s is not particularly fast. A shotgun used in hunting, for instance, fires at around 500 m/s. With such low speed, this weapon loses most of the benefits of a railgun. Secondly, and more importantly, railguns have pretty massive power requirements. Though the lower velocity probably means lower power requirements, it would still need to be powered by something. This relatively low speed probably places the Iranian device squarely in the realm of proof of concept, far and away from actual military applications.

Unfortunately, reports on the weapon do not answer critical questions on how the Iranian researchers addressed the most difficult aspects of electromagnetic weaponry. Namely, producing and managing the huge amounts of power required to fire the weapon, and the incredible wear on the rail and other components of the weapon upon firing. After all, the precision needed to actually use a railgun usually becomes lost after repeated firings simply given the stresses put on the device. There is also no word in the report if the claim of 35 rounds per minute was a rate achieved and sustained by the weapon, or just a theoretical one based off test firings.

For comparison, a railgun test carried out by the U.S. Navy working with General Atomics in 2008 used 10.64 megajoules to fire a projectile at 2,520 m/s. This particular device is thought to be capable of firing at twice that velocity at a rate of 10 shots per minute, achieving a range of some 200 nautical miles. Another device, also developed for the Navy by BAE systems in 2006, uses 32 megajoules to fire projectiles that could, theoretically, accurately strike targets 220 nautical miles away with little or no warning. It also required some 3 million amps to do it. In a 2009 Popular Mechanics article, this particular railgun is described as potentially being used on an all-electric warship — which even then would need to be moving slowly to have enough power to use the weapon.

These weapons, though still experimental in their own right, are demonstrative of the huge power requirements for advanced railguns. In fact, surely part of the reason why the Navy has shown interest in railguns is because ships are some of the only vehicles that already have the ability to produce anything close to the amount of power necessary to use them. Furthermore, even though the tests have shown that naval railguns are feasible, they still are projected to be some 10 to 15 years away from actually seeing the light of day.

It’s worth noting that from a naval perspective, it’s hard to see where railguns would fit into the Iranian military strategy. Instead of huge, powerful, advanced ships, Iran has gone another direction with so-called “swarming tactics.” This relies on many small, lightly armed boats operating together to take down larger targets than smaller numbers of heavily armed ships.

Not surprisingly, the Iranian report that announces the railgun stresses the defensive capability of the weapon. They describe it as an ideal device for defending fixed locations — such as ammo caches. Without something like a ship to provide power to a railgun, fixed locations actually makes some sense. Given the huge amount of power required for such a device, one wonders if “nuclear power facility” should be added to the list of possible defensive roles for any future versions of the weapon. Especially since Iran has continued to develop its nuclear power potential in the face of continued international scrutiny, fear, and annoyance. However, the use of railguns as stationary defense does seem like an interesting wrinkle on the otherwise offensive development of railguns elsewhere.

The report also mentions that this program, and other expansions of domestic weapon production, came about in response to “compensate for a US weapons embargo.” This, combined with previous (and at this point, almost obligatory) statements about the weapon’s defensive characteristics and the proof-of-concept nature of the device reveal the program for what it really is: A reminder to the world that Iran really is a power to be reckoned with. With this report, they describe weapons development as a response to foreign intervention, and maintain their espoused non-aggressive stance in the world by calling the device defensive. The document is a statement that Iran is put upon by the world, but that it is not helpless.

If truly and entirely produced within Iran, that is — meaning, within something close to a vacuum from foreign intellectual and engineering assistance — then the experimental device is an achievement. Like their space program, it sends a message to the world and to the Iranian people that the country can fend for itself; whatever other countries can do, Iran can do as well.

In all likelihood, the Iranian railgun may not amount to much in practical terms, but in terms of propaganda and a thorn in the side of the countries it sees itself opposed to, it might add up to something more.

(FARS News Agency via NOSINT, image via A. Davey)