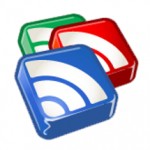 In the past few months there’s been something of a realignment happening within Google. We’ve seen the death of Buzz, the closing of  Google Labs, and other efforts that seem to point toward a more streamlined, integrated Google experience. However, the decision to remove sharing and social features from Google’s RSS Reader has apparently been met with some stiff opposition.

Last week, Google announced that their popular web-based RSS reader would not only receive an updated look, but that it would become more closely tied to the search giant’s social network Google+. While that’s all well and good, Google also announced they would remove the follow, friend, and share features from Reader since those functions are essentially duplicated in Google+. Though some have welcomed the changes, according to a blog post at The Atlantic many are unhappy. Among these are Iranian bloggers that fear they’ll lose a valuable and unpoliced resource, and a surprising community called “sharebros.”

S0-called sharebros are just what they sound like — people that count themselves amongst a devoted community of Reader users. From the Atlantic:

Like more well known online communities like Reddit or 4chan, they’ve developed their own glossary of hashtags and lexicon of pictograms. ( -_- denotes “dissatisfaction or defeat.”) The community doesn’t just exist online, either. They have #sharebro parties, and many of them say they’ve met some of their closest friends via Google Reader. At least one Sharebro met his wife.

While sharebros see this as an assault on their social lives, Iranian bloggers claim that the threat is all too real to them. Many say that although real-time services like Twitter were key during protests surrounding the country’s disputed elections, Reader has emerged as the tool of choice. The reason is that beyond its utility for sharing articles, Reader is not organized into a separate domain and uses the HTTPS protocol, which makes it much harder for authorities to block.

They fear that Google+ will not be nearly as secure, and the service some Iranians view as a lifeline will be cut off.

The outcry has spawned a protest, a petition, and hundreds of comments (though not all negative) on the Google+ post where Google engineer Alan Green announced the changes. There’s even a homebrewed version of Google Reader in the works that aims to keep the service as it is now. Though there is often unhappiness in the wake of changes made to popular website, the tenacity of Reader’s fans and the existential fears of Iranian users make this feel different. We’ll just have to wait and see how Google responds.