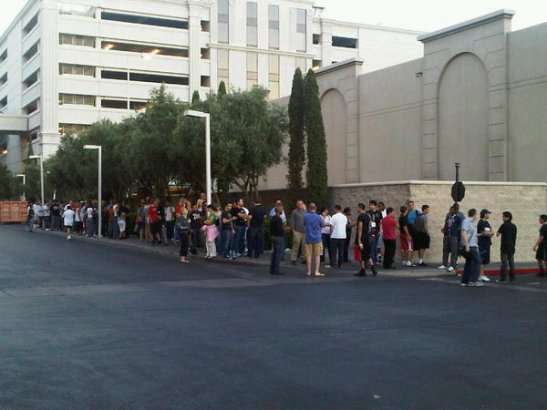 Even though it is currently speculative, 9to5Mac seems pretty confident that Apple will begin taking preorders for their next iPhone iteration (whether it be the iPhone 5 or something similar to the iPhone 3GS, but with the iPhone 4 as the basis for the upgrade) between Thursday, September 29 and Friday, September 30. According to 9to5Mac’s unnamed sources, Apple plans to launch the next iteration of the iPhone on October 7 or October 14, but is reportedly aiming for the earlier date since pre-mass-production of the device is supposedly going well.

On top of the launch rumors, Apple is rumored to be producing two new phones for the next iPhone launch, with one being the iPhone 4 upgrade, and one being a cheaper addition to the iPhone family, with the upgrade to the iPhone 4 rumored to launch with Apple’s dual-core A5 processor, iOS 5 and an eight megapixel camera. As expected, 9to5Mac heavily reiterates that these dates can easily change, though they do feel these are Apple’s current plans.