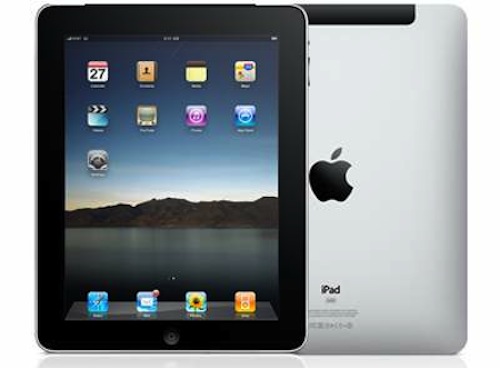 When it comes to Apple, there’s always some new device on the horizon for the internet to talk about. That’s how they maintain their futuristic, right? Well, with the iPhone 5 in stores and the iPad mini potentially on the verge of seeing the light of day, I think it’s fair to say that it’s time move on to the generation of mysterious new toys potentially in development, don’t you? According to MacRumors, Apple may already be working with developers on apps for a next-generation iPad. (Cue shocked face.)

According to the report, one app analytics developer recorded data from a new type of Apple device. According to their information, the device had a similar “footprint” to the iPad 3, but included much faster A6 processor, similar to the one in the iPhone 5. Based on the current consensus regarding its likely specs, it’s highly unlikely that the device was a prototype of the all-but-confirmed iPad mini.

Based on the data, it appears that the device is question may be a new and improved iteration of the iPad 3, — an “iPad 3S”, if you will — instead of a completely new version of the tablet.  According to the developer, the mysterious new device was label “iPad 3,6”: The first current models of the iPad are “iPad 3,1″, iPad 3,2”, and “iPad 3,3”. Of course, it could also be the iPad 4, and Apple is just covering its tracks.

Other rumors had indicated that a slightly improved line of iPad 3s would be released by the end of 2012, Mostly, they would help speed up Mac users’ transition from Apple’s 30-pin charge port to the new lightning port, forcing new iPad owners share in the pain of having to throw out every iOS accessory they’ve ever purchased.

Generally speaking, Apple launch a new model of the iPad every year in March or April: If Apple doesn’t announce a lightning-port optimized iPad 3 in the next few weeks, the device in question is most likely the next iPad. Then again, all of this is based on a smidgen of analytics, so we might also be getting a little ahead of ourselves.