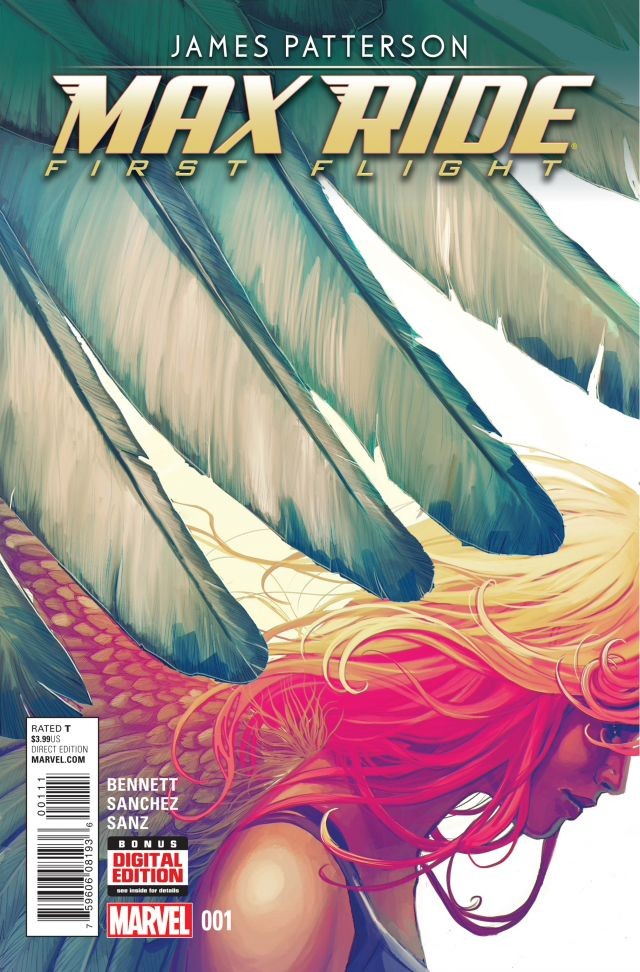 Max Ride: First Flight is Marvel’s newest lady-led comic offering, and it soars into shops today. We had the chance to speak with some of the creative team about the new book, YA literature, and what Marvel is doing to bring more female readers to the world of comics.

“It’s a very high-flying adventure with a lot of heart,” said Sana Amanat, Marvel’s Director of Content and Character Development. Max Ride is adapted from Patterson’s YA book series, Maximum Ride, which follows Max and her Flock, a group of teens experimented on in a lab called The School, where they were given wings. Now they’re on the run from both The School and creepy wolf-human hybrids called Erasers. “It really reminds me a lot of The Boxcar Children,” said Amanat, “it’s a very similar vibe—they’re off on their own, they really are an adopted family, but this threat lingers around them.”

Patterson, who mentioned that comic books were a large part of how he learned to read, has always loved the concept of flight. “I think when I was growing up my favorite thing was Peter Pan,” he said, “so the idea of writing about flying was tremendously interesting to me. When the opportunity came up to work with Marvel, I said, this is going to be very cool, because I want to see what they’re going to do with it.” Patterson added that, while Marvel is deriving ideas from his original text, he’s given them some leeway and license, and they’ve changed some things up to keep the story fresh for both old and new readers alike. 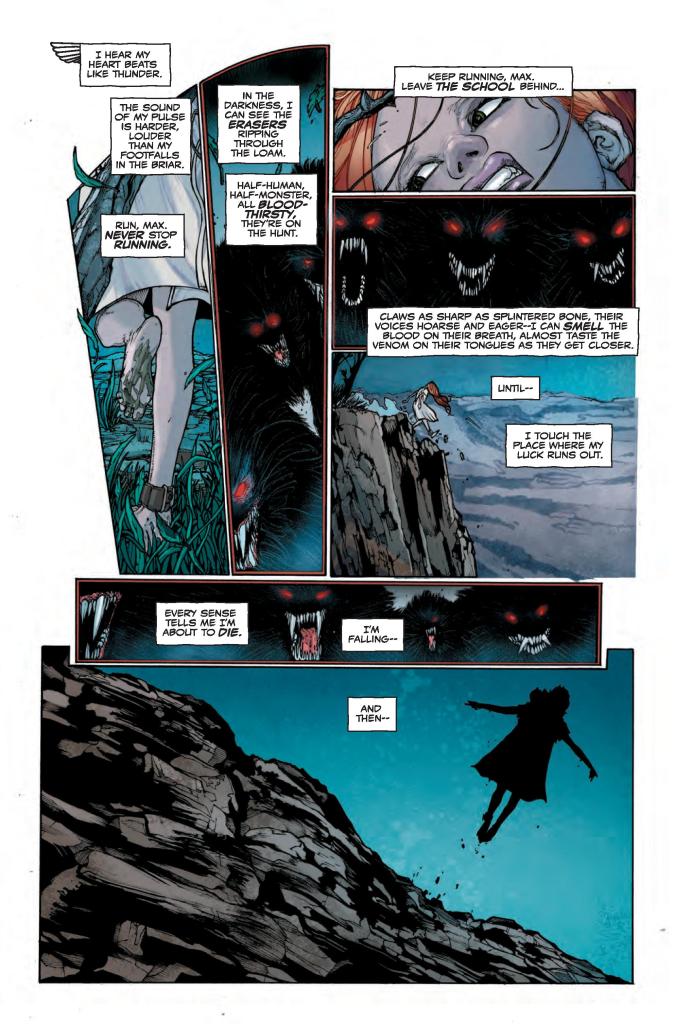 When I asked if bringing more female-led titles and creators to the forefront was a priority for Marvel right now, Amanat was emphatic about the importance of the company’s current direction. “It’s a big thing that I’ve been pushing for the last few years, it’s something I’m continuing to do, and something Marvel wants to do.  You can’t ignore half the market, right? That’s pure finance and economics speaking.”

“But fundamentally from me, on a very personal level, when I first started working in comics I felt like it was a boy’s club,” she continued. “And I really genuinely believe that young women will pick up a comic book if comic books are catered towards them—and once they do start reading comics, they’ll see there actually is a lot more out there than they think there is.”

“So the question is, how do you open the door for them?” Amantat asked. “On a very fundamental level, it starts with creating more female characters, having more diverse voices; sharing different perspectives about very traditional stories that people have loved for the last seventy-five years. I do believe that there can be a comic book for every single person and fan out there—it’s just a matter of whether we’re creating it.”

For Patterson, he said he’s always loved writing strong lead female characters. “I grew up in a house full of women—mother, grandmother, three sisters, female cat,” he laughed, “and that really shaped me. I tend to write very strong women characters because I like that as a model for people.” 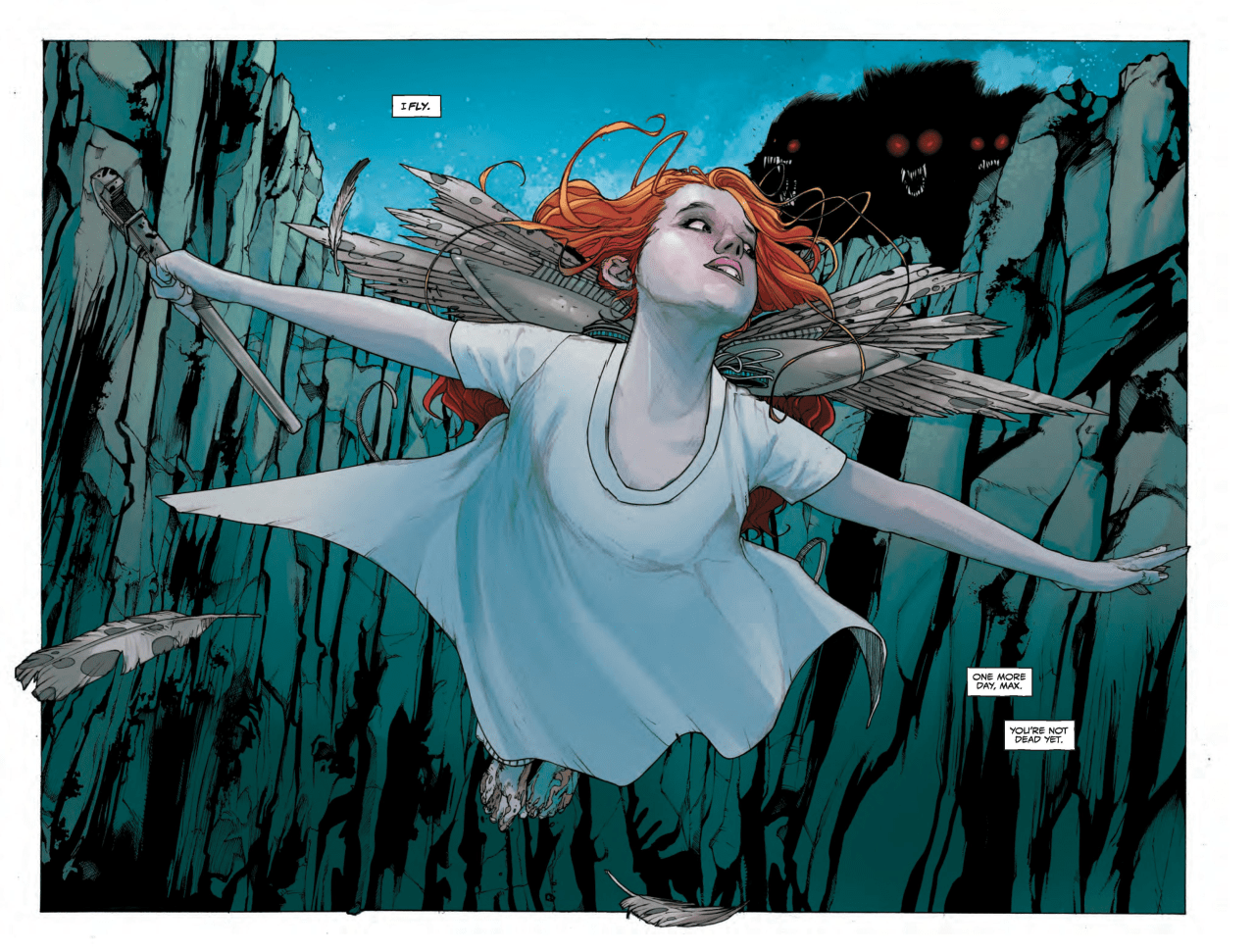 That tendency comes out in full force in Max Ride, written by Marguerite Bennett and drawn by Alex Sanchez, where the Flock is lead by a strong but still very human girl. “I like that Max is put in this strange, uncomfortable position,” said Patterson, “where she’s the leader of the group, and at times they kind of force her into a maternal role that she doesn’t really want, but she doesn’t have much of a choice either.”

“What I love about Max is that what makes her tick is family,” added Amanat, “the people around her, the people that she’s chosen to be her family. She will sacrifice herself, she will do what it takes to make sure they are protected. And that’s what the first storyline is about—trying to protect her siblings from the clutches of these bad guys. And I think that’s something that’s extremely relatable.”

For Marvel, Max Ride is an attempt to appeal to both lady readers and fans of of YA dystopian literature, a genre that’s recently taken off with the success of franchises like The Hunger Games and Divergent. “There’s a huge influx of female readers coming in and picking up comics,” said Amanat, “and there’s a congruence of comic book fans and the young adult market, so it just made sense for Marvel to capitalize on that and bring more readers into shops who might not necessarily pick up comics, but who might also be interested if they would.” Since YA books are traditionally very visual novels, they make sense as comic adaptations, and Marvel was excited for the chance to work with Patterson, who’s done so much work in the YA world. 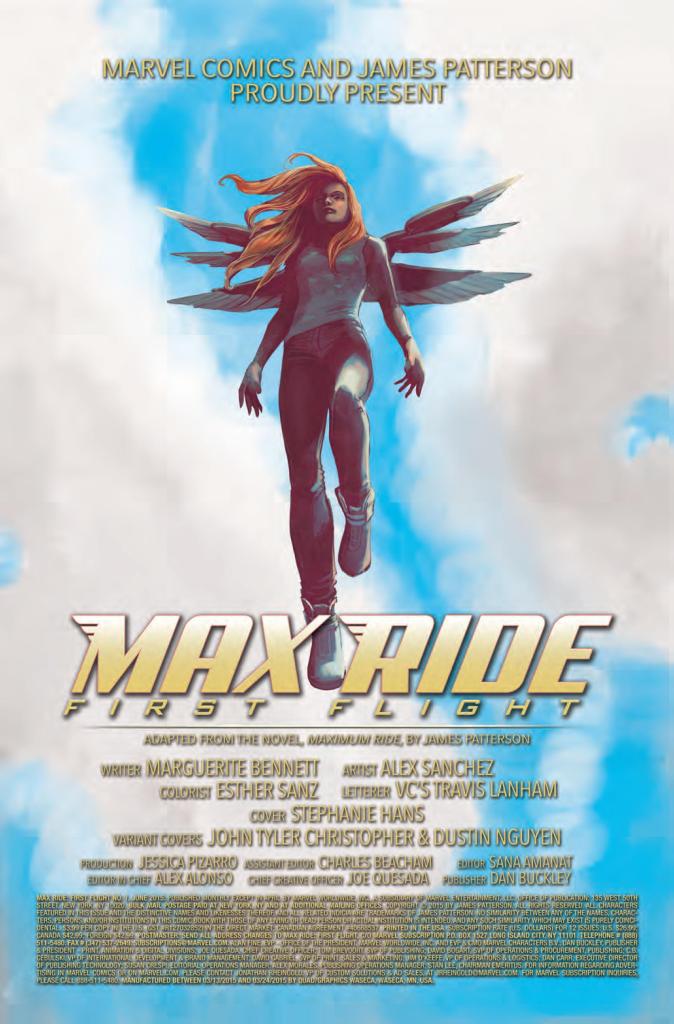 But, said Amanat, they wanted to be sure Max didn’t fall prey to some of the typical Strong Female Character pitfalls you see in pop culture. Said Amanat,

The tendency has been, when you create a strong female character, people tend to make her bitchy. And that frustrates me, because the idea is that a woman is only strong because she’s tough; she’s a bad-ass; she’s wise-cracking; nobody bothers her. There are some characters where that works, to an extent, but that really devalues who women actually are, the diverse experiences that we have. Sometimes what drives us is our connectivity; our love for one another and our relationships; our desire to improve ourselves or create better versions of ourselves. I think creating more complex characters across the board is very important, but creating complex personalities that are women is necessary.