Interview: In the Heights Film Editor Myron Kerstein Explains What It Took to Put This Movie Together

Ever wonder what a film editor does? 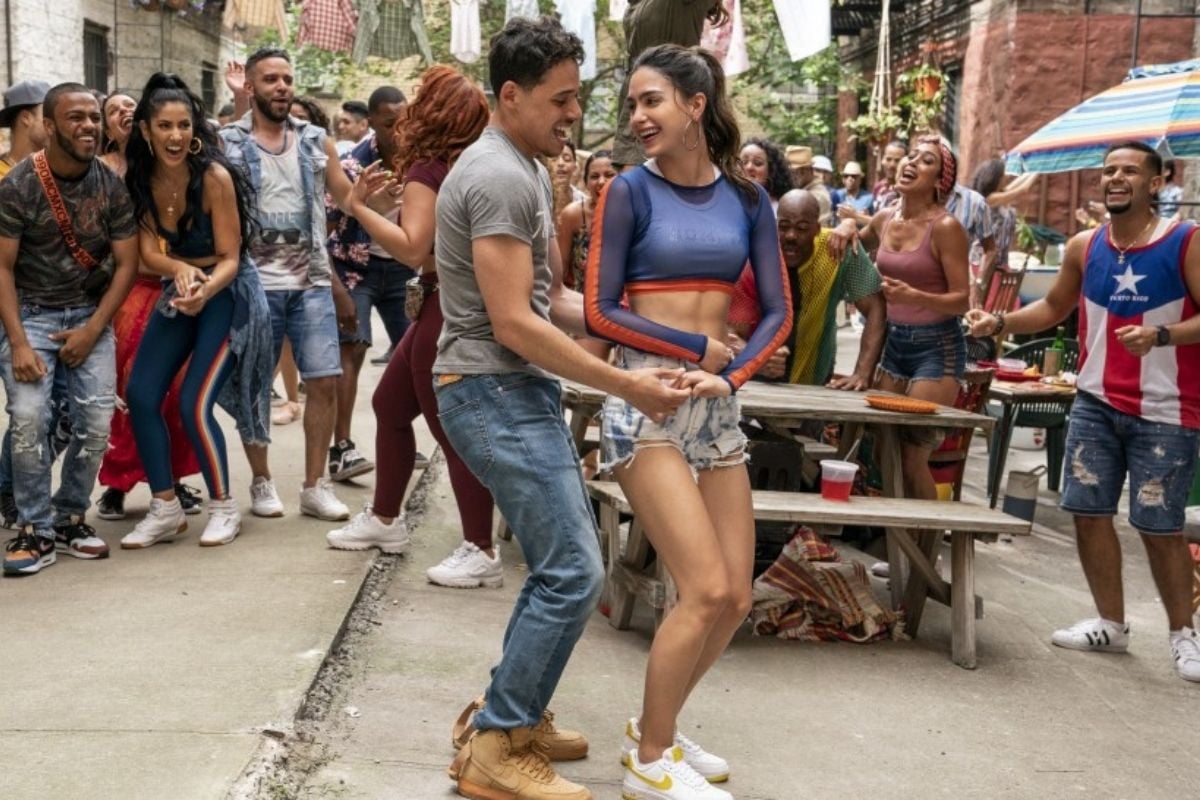 In the Heights is unlike any movie that I’ve ever watched before. It’s inclusive, heartwarming, and has the kind of emotional journey for all of its characters that leaves you feeling fed and nourished to your core. And yes, a lot of the success of this movie is due to its actors, director, and writers, but the success is also due to its film editor, Myron Kerstein.

We got a chance to speak with Myron Kerstein about what a film editor does, the rules that he established through his editing for In the Heights, and how this experience differs from that of Crazy Rich Asians. And by the end of the interview, we came to the realization that without Kerstein, we wouldn’t be watching the movie we are today.

So, what does a film editor do? Well, he puts the film together. As Kerstein explained, “Well the film editor is basically in charge of putting the film together. So production will shoot thousands of hours of footage to make their film. And then they send it to me and say, ‘Will you put this together? Make something out of this.'”

Kerstein further explained with an example specific to In the Heights: “So if they’re shooting musical numbers for example, they’ll shoot from 3 to 8 cameras on a musical number. Or they’ll shoot one musical number over the course of 3 months. And I’ll have to take all those puzzle pieces and make it into something.”

That isn’t to say that it’s not a collaborative project. It absolutely is. Kerstein would be nowhere without the writer and director. But also, Kerstein is the one person “who brings everyone’s talents outside the production like the costume designer, the composer, the actors, everyone is bringing these skill sets, and I’m sort of like the master chef working with all the ingredients to make a good meal.”

Being the film editor also means establishing rules that encompass the entire editing process. These rules ground the film, set the pace, and help sell the overarching story of In the Heights. As Kerstein explained, “Because this is a musical, I really wanted to keep the film grounded in reality. So the rule that I was using was, ‘How do I keep this experience grounded for the viewer?’ Even though we’re doing some magical realism work and even though our actors and dancers are expressing themselves through lyrics and vocals and dance, I still wanted to keep it grounded in some sort of reality.”

Kerstein also kept a balance in the movie by asking himself one simple question: How was it affecting him emotionally? And that all came down to the choices he made, day by day, on In the Heights. He elaborated on this by saying, “Like, if there was a choice to be made out of the thousands of choices I was making in any single edit, ‘Was it effecting me emotionally?’ And if it wasn’t, it shouldn’t be in the film. Because I’m telling a story and I’m trying to connect with an audience. So I really felt that when dailies were pouring in, a real deep connection to a lot of things that were being shot the day before.”

In a lot of ways, this experience with In the Heights was the same as his time on Crazy Rich Asians. His approach was the same when it came to choosing footage and interacting with the stars of the film: “I was responding to the performances, and so, in the same way, I was responding to Henry Golding or Constance Wu giving me something amazing or having a scene with Michelle Yeoh, I was doing the same with Anthony Ramos or Melissa Barrera or Leslie Grace.”

The only thing that differed for Kerstein was the fact that Crazy Rich Asians was a romantic comedy while In the Heights was a musical: “I had to understand that people had certain expectations for romantic comedies and I was going to meet that and hopefully excel at it and also like make it a more emotional experience. And with a musical, music is obviously going to be the biggest component of our dish.”

And like everyone else in this movie, be it a director or writer, Kerstein has his favorite part that he edited. For him, it’s the blackout scene. It’s a moment that sets the stage for the biggest changes in all of our favs’ lives, and it was one of the hardest and most satisfying sections of the film for the film editor himself.

“We turn the lights off and it’s a blackout. And then it’s like mayhem. So, suddenly the film is kind of unmoored. Like what do we do as the audience member? And then that turns into Abuela’s big number and then that turns into “Alabanza.” So it’s a real hat trick to go from comfort and love and fun to fights, to conflicts, and a big revealing moment that affects everybody. And I take a lot of pride that there are so many things going on in that section but at the same time it feels really cohesive.”

Kerstein also understands the importance of this film and what it means to Latinx creatives and the people who watch In the Heights. As he explained, “I just feel so much pride being part of those two films [In the Heights and Crazy Rich Asians]. I just felt so much pride working on something that felt like it was historic in both instances.”

He knew the stakes were high, especially since we’ve never really seen a movie like this with such a huge Latinx cast of characters who are actually played by Latinx people. Kerstein clarified this by saying, “I knew the stakes were high. That’s why Jon and I worked as hard as we did because we’re just like, “How many times are you ever going to get this shot?” Hopefully we’ll establish to Hollywood that, “Dummies, you should’ve been making these films all along.”

And he’s right. Hollywood should be making more movies like In the Heights. And thanks to Kerstein, I think this movie will blow everyone away. Because whether you are Latinx or not, I hope you enjoy this movie as much as I enjoyed watching it and as much as Kerstein enjoyed putting it together. And together, we can show those who doubt, that the Latinx voice is a real one that studios should invest in and then some.