Physics Journal Says Interstellar Should Be Shown in Science Classrooms

That's going to be a looooooong class. 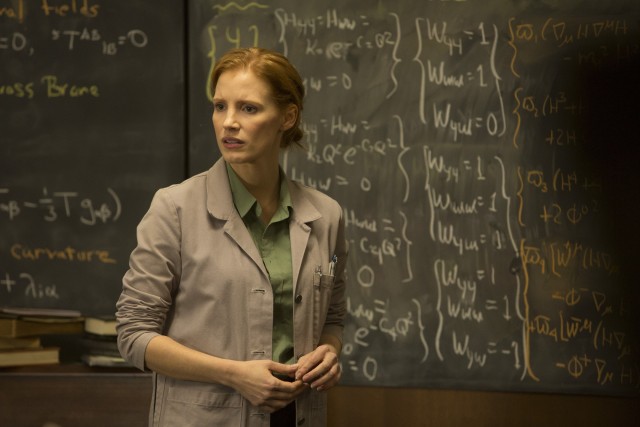 Whatever your read was on the ending of Interstellar and the liberties it took, a lot of the movie’s physics were pretty accurate—enough for scientists in some cases. It comes as no surprise, then, that physicists are now calling for the movie to be shown in science classrooms.

The movie’s incredibly detailed simulations of the way light swirls around a black hole resulted in scientific papers, and Dr. David Jackson of the American Journal of Physics, which published one of the papers, thinks the movie is accurate enough to help students understand general relativity. Speaking to BBC News, Jackson said,

[P]ublishing this paper was a no brainer.

The physics has been very carefully reviewed by experts and found to be accurate. The publication will encourage physics teachers to show the film in their classes to get across ideas about general relativity.

But the science itself isn’t the only important part of Interstellar for the education of kids who might one day enter STEM fields. The movie made a strong effort to present scientists as heroes:

In #Interstellar: All leading characters, including McConaughey, Hathaway, Chastain, & Caine play a scientist or engineer.

And putting that on screen goes a long way towards getting young people interested in pursuing careers that society doesn’t typically consider “glamorous.” (Some robots never hurt in getting kids interested, either.) That was intentional on the part of director Christopher Nolan, who told BBC News,

Right from the beginning we all really believed it’s time to inspire another generation to really look outwards and to look to the stars again. We hoped that by dramatizing science and making it something that could be entertaining for kids we might inspire some of the astronauts of tomorrow—that would be the ultimate goal of the project.

Which is all the more reason to make sure the science is sound. Theoretical physicist Kip Thorne, who worked closely with Nolan on the movie’s physics, said,

A number of people I trained as a physicist with got involved with science because of movies like these. So if you are going to have a film that really does attract young people to science it had best be scientifically accurate.

If the AJP‘s words are anything to go by, mission accomplished.