Play 2,400 Old DOS Games in Your Browser on Internet Archive | The Mary Sue

Play 2,400 Old DOS Games in Your Browser Right Now on the Internet Archive 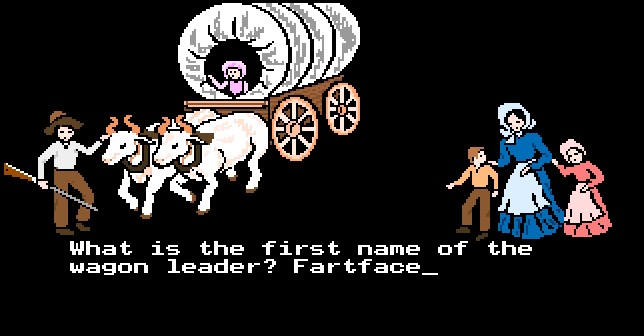 Well you’re getting nothing done for the rest of the day—nothing aside from naming a bunch of people ridiculous things, stubbornly fording rivers, and watching everyone die of dysentery. Or playing Police Quest, Leisure Suit Larry, or any of your other childhood favorites in your browser window thanks to the Internet Archive.

It’s unlikely that you still own a computer these DOS games would be played on—not to mention the giant, actually floppy floppy disks on which many of them existed—so having this is probably the only way to get your nostalgia fix. You can check out the full collection here or on the Internet Archive’s “Version 2” beta interface, which worked much better for me despite having to reload the original page for each new search to work properly. You may also have to refresh your browser window once or twice to get certain games working properly, but it’s worth the trouble.

I really worked hard to have only fully-functioning programs up, or at least, programs that gave viable, useful feedback. Some of them will still fall over and die, and many of them might be weird to play in a browser window, and of course you can’t really save things off for later, and that will limit things too. But on the whole, you will experience some analogue of the MS-DOS program, in your browser, instantly.

As for the software library itself… many titles will stick around—some will go, or change, or be replaced. This is still brand new territory, and with the addition of the MS-DOS programs so far, this no-plugin in-browser experience is one of a kind in the world. I’m working just as hard as the V2 devs are to make everything work, and it wouldn’t be worth my time if I didn’t have people trying it out, commenting on it, and making use of it.

So please, let’s start 2015 right—in CGA and with a brand new way to use the Internet Archive.

In addition to the great and/or gross and inappropriate games I listed above, there are about 2,400 more including Prince of Persia and the DOS version of The Lion King, which was a surprisingly good movie tie-in game on the Sega Genesis. What old favorites are you going to play when you get home like a responsible adult?