Pixar’s Inside Out Isn’t Just a Good Movie, It’s an Important Movie for Kids 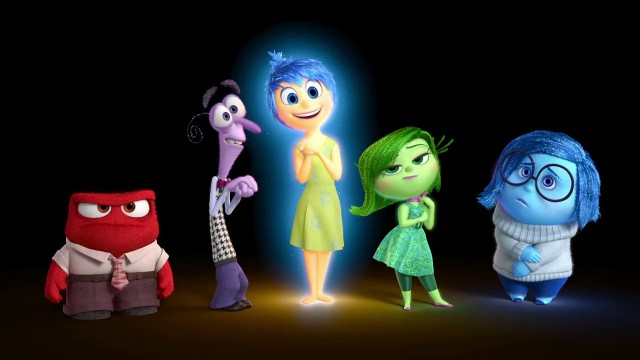 So here is a surprise … Pixar made a really great movie. I know, shocker isn’t it? So with that little bit of sarcasm out of the way, I should say unequivocally … Inside Out is an absolute delightful movie to watch. It’s sweet and sincere, it looks great and has a near perfect voice cast, and as you would expect … at once very funny and gives you that emotional gut punch we want from a Pixar movie.

I don’t know any other blockbuster movies where I hear people saying with almost delight “I’m planning to cry during this movie.” But the movie is important because it isn’t just entertaining and emotionally effective, but actually does provide an extremely valuable lesson for kids and families. And the fact that they accomplish this, is why the film may not be as gut-wrenching as something like the emotional devastation I experience during Finding Nemo (my personal favorite Pixar film), it is the movie which will help kids and families understand why people look forward to that Pixar cry…and why sadness and catharsis are valuable. 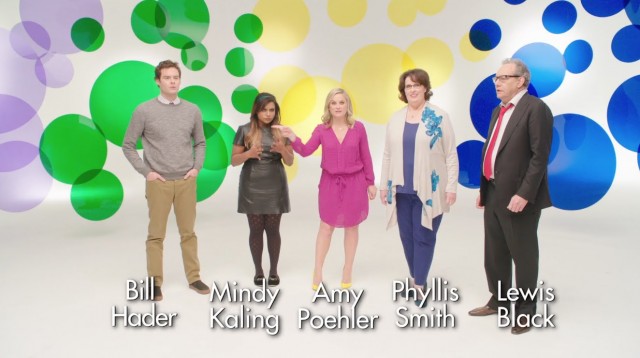 Because the movie is dealing with some abstract ideas (imagining the inner workings of the brain like a fantasy land) the movie is hard in concept to explain. Joy (Amy Poehler) is the driving force of Riley (child actress Kaitlyn Dias). But she also has Fear (Bill Hader), Disgust (Mindy Kaling) and Anger (Lewis Black). The one emotion Joy tries to keep away from the control board is Sadness (Phyllis Smith) … because who wants that emotion?

But as Riley is growing up and has to deal with the devastation of moving to a new city with her parents (Kyle MacLachlan and Diane Lane), Sadness starts to sneak in and create “core memories,” the memories which make up Riley’s personality. Desperately wanting Riley to be happy, even when sadness is a warranted emotion, Joy causes big problems and knocks the core memories out of place. Desperate to save them, Joy and Sadness are sucked into Long Term Memory (a big archival structure) leaving only Anger, Fear, and Disgust to run the show while Sadness and Joy go on a journey home and realize what emotional nuance is.

When you’re dealing with ideas such as long-term vs short term memory, abstract thought, catharsis, and emotional nuance, warning audiences that this might be an ages 8 and up movie isn’t a big surprise. Although there were a lot of little kids in the screening who were pretty enthralled. But 8 and up is probably the age when parents can use the movie to create teaching moments. 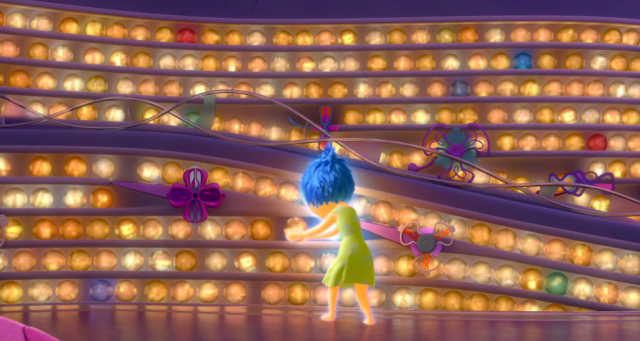 And not just because of how it provides a visual idea of the inner workings of the brain (not the most scientific, but it does provide excellent definition). But why that terrible feeling of sadness is actually something that to accept and even given into, in order to avoid reacting with fear, anger, or disgust, or shut down completely. I was concerned when I heard the film had originally wanted to explore depression, but the film does provide an understandable concept of depression for kids (and what it looks and feels like). And understanding emotions is an important part of understanding warnings and asking for help…which is a really important lesson for kids.

But the movie is also absolutely charming and funny. It is one of the few films I would say would be as good in 3D as it is in 2D, because of the amount of flying and landscapes in use. And while the mind control characters could be a little freaky, each one is cute enough to be lovable…even anger, with flaming hair and business man suit. It helps that each character’s voice doesn’t just fit the real actors’ persona (although Kaling is closer to her Office character here that who she has become) but even if you didn’t know the actors, they are vivid voices. This is especially true of Lewis Black and Poehler, who are the vocal personification of Anger and Joy. But the MVP of the movie is certainly Phyllis Smith, who is hilarious, exhausting, and provides the gut punch you want from the movie, especially her scenes with Richard Kind’s character (too hilarious to give away).

Pete Docter deserves so much credit for this movie, not just for his superb direction and visual eye (this film works perfectly alongside the visual experiences of Wall-E and Up) which feels completely original. But also for the sheer audacity and risk it took to create this film. Inspired by his own daughter’s experiences growing up, he came up with the film’s idea and the film team clearly did a remarkable about of research to find ways to make this film truly entertaining and educational. And the ability to make the movie as emotional as it is—despite essentially explaining to the audience why they are crying—is a pretty remarkable feat. 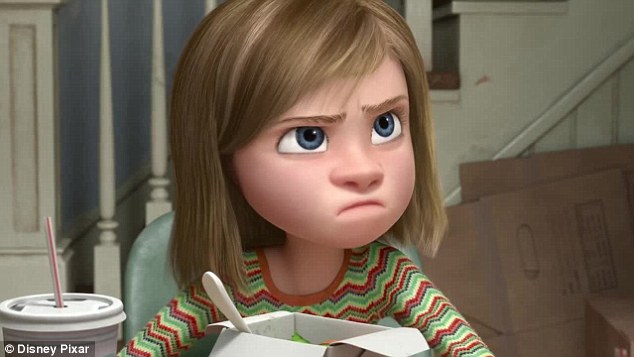 As for Pixar’s decision to tell the story from the perspective of a little girl (and have two women in the leading roles), I think the decision was smart. Not only because it’s refreshing that Pixar has increasingly been alternating the gender of their audience identifiers, but because there is an idea the film touches on which effects girls slightly more than boys. Specially, when the parents tell Riley to smile.

We know that little girls are continually asked to “behave” more often than boys (who are given permission to express their emotions). And while Riley isn’t a traditional girly-girly (she plays hockey and is a goofball), the pressure to smile and please her parents is her stressor. We know that little girls have a tendency to shrink as they go into adolescence, so showing why (and how to avoid it) was a smart decision for the movie to make. With that said, part of me wishes we could also have a boyhood version of this movie, because of their own pressure not to cry. Then again, there is no reason this movie about a little girl couldn’t be just as “identifiable” to boys as well—but that is up to their parents.

Inside Out is a wonderful, refreshing bit of movie making, which I hope families really do use as a teaching tool…because the lesson is valuable. So valuable, I wish I had this movie as a little kid. And I don’t say this often (simply because of how many films I see), but I can’t wait to see this movie again with friends. Perhaps when I need a good cry. 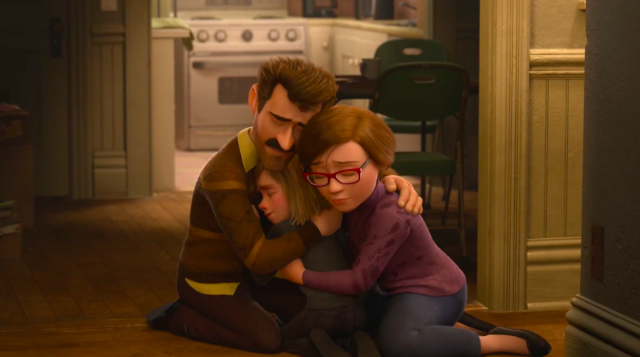