Man Peforms Sex Game With Explosive Anti-Aircraft Shell, Which Got Stuck in a Place That Made Us Write About It 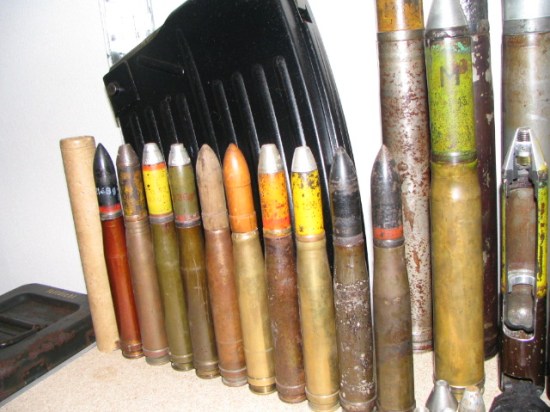 A 50-year-old Croatian man had to obtain medical assistance after he experimented with a sex game that resulted in getting a 2cm anti-aircraft shell stuck in his anus. Doctors removed the shell, which measured in a 11cm in length, and handed the explosive sex toy over to the police’s anti-explosives unit. If other weapons are found in his home, he faces criminal charges, though those probably won’t be as severe as the potential severity of getting an explosive stuck up one’s anus. Police haven’t released many details, but what more do you really need to know? The man just pioneered the shildo.

(via The Straits Times)