Back Up Halloween Costume of the Day: Inflatable Tauntaun 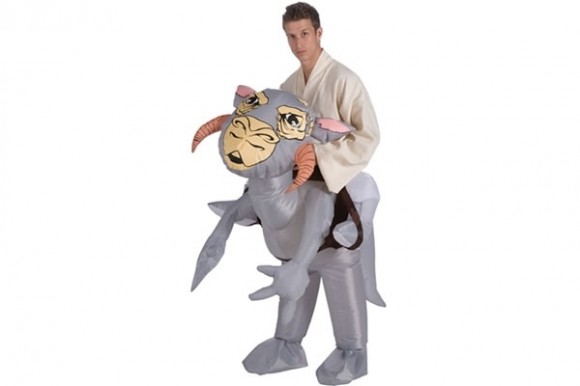 Pay no attention to the incredibly serious look on the face of that young man. In fact, pay no attention to the young man. Jedi robe is not included in this costume, so you may provide your own robe, Leia, Amidala, or Ahsoka Tano costume as you will. The best part comes at the end of the party when you slit it open in front of your guests and go “And I thought they smelled bad… on the outside!”

(Don’t forget to tune in next week when we’ll be talking a bit more seriously about Halloween costumes. Which is not to say that we aren’t completely serious about how awesome an inflatable tauntaun costumes are.)