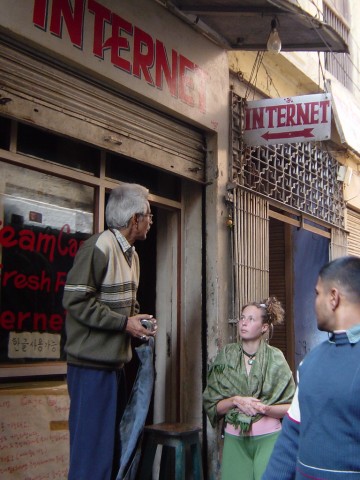 Score one for Open Internet. The Telecom Regulatory Authority of India just ruled that Internet Service Providers there cannot “offer or charge discriminatory tariffs for data services on the basis of content.” That means, so long Facebook “Free Basics.”

“Free Basics” offered Indians free access to a scaled-down version of Facebook through a partnership with ISP Reliance Communications. In a country where only 31% of the people have Internet access at all, this might seem like a pretty awesome thing. Except that, by doing so, Reliance was basically undermining net neutrality by offering Free Basics, making it impossible for other, smaller ISPs to compete. After all, who doesn’t like free.

So it’s like, Yeah! Have free Internet access! But…only certain parts of the Internet. And you have to use our service to do it. And we get to expose you to all our advertising partners. And we’re basically contributing to the deterioration of India’s economy and open Internet. YAY!

You can see why the TRAI would be so keen on shutting this down.

According to The Daily Dot, Columbia University computer science professor Vishal Misra criticized Reliance Communications. While the supposed “goal” of this partnership was to get more people on the Internet, that’s not how it would work in practice:

“Differential pricing gives them a lot more power to monetize their customers,” Misra said in an interview. He predicted that the service providers, not Facebook, would appeal TRAI’s ruling.

[He] pointed to the behavior of Reliance Communications, the Indian ISP that had partnered with Facebook, as evidence of the model’s anti-consumer impact.

“They were targeting people who already had Internet,” he said. “They were looking at it as a customer-acquisition tactic.” This ran contrary to Facebook’s stated goal of bringing more people online using its service as a gateway.

“Facebook’s role in this was not clear from the beginning,” Misra said, “and I think they’ve realized that.”

We’ve had similar concerns here in the United States with things like T-Mobile’s “Binge On” service, which allows you to stream all you want on your mobile devices without hitting a data limit and may still draw fire from the Federal Communications Commission. An open and neutral Internet requires ISPs to remain competitive by giving consumers real options. Here’s hoping that more countries make it a point to stand up to ISPs that would play to short-term convenience at the expense of a free Internet in the long-term.