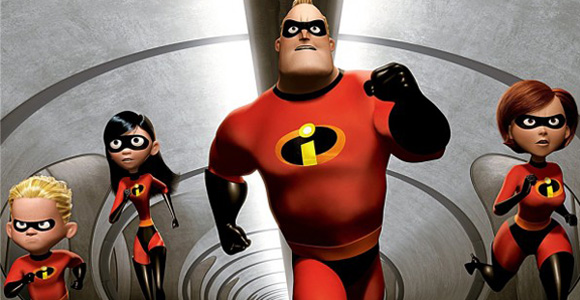 The Incredibles was one Pixar movie that really appealed to my particular asthetics. As a big superhero fan, watching a fun-loving family use their superpowers to hilarious results was just plain swell. It didn’t do too shabby at the box office either, it’s the fourth most successful Pixar film, so where is our sequel? Director Brad Bird explains.

Bird, who is also directing the upcoming Mission: Impossible – Ghost Protocol, spoke with Movies.com about the holdup. “To say that I’ve had trouble [coming up with a story] is to say that [a sequel] has been my pursuit,” he told them. “I haven’t really been pursuing that.” That being said, the director explained Pixar would like him to direct another Incredibles. “I’ve told them that I’m not really friendly to have someone else take away my child.”

“I would like to think that I have several good ideas that could be incorporated into a next Incredibles, but I don’t have a whole movie yet, and the last thing I want to do is do it just because it would open big, or something like that.,” he said. “I want to do it because I have something that will be as good or better than the original. Toy Story 2 was, to me, a perfect sequel, because it absolutely respected the first film but found new places to go without selling out its characters. So if I could come up with an idea that is to Incredibles that Toy Story 2 is to Toy Story, I would do it in a second.”

Pixar has only done a few sequels to their animated features, most recently Cars 2 and will be releasing a prequel to Monsters Inc., Monsters University next year. After Mission Impossible, Bird will be working on a film called 1906 based around the famous San Francisco earthquake.