You can't take the Gmail from me! 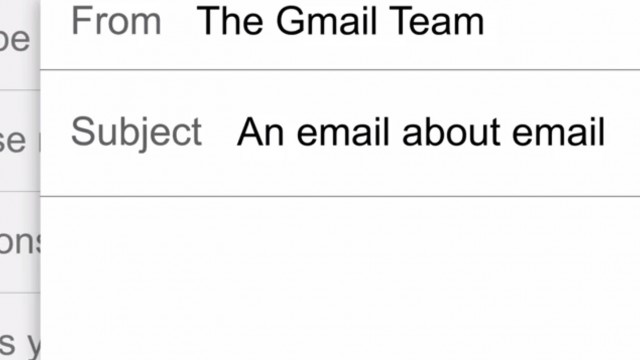 Ever since Google set the standard for modern email with Gmail, they’ve been adding features to further improve your email experience through automation with limited success. Well, they’re finally going to take a full-fledged crack at revolutionizing email again by replacing Gmail entirely with a new product called Inbox.

Like Gmail’s many inbox features that have been added over the years, Inbox’s goal is to change the way you use your email by helping you keep it organized and filter out what’s important. The idea of losing Gmail is admittedly scary, but I’m open to the idea that a new form of email could come along and change my digital life the way Gmail once did.

Sure, the reason some of Gmail’s automation features are underused or ignored (at least in my experience) may be that it’ll take a new platform with better implementations that requires their use natively to make them catch on. Or, it could be that at a certain point, there’s a line between automation as a convenience and as something that stands between a user and their data.

I’ve heard a lot of complaints every time Facebook updates its algorithms that people just want to see everything from the pages and people they’re connected to in chronological order and not be subject to what Facebook thinks is most important. Similarly, a problem Windows users have when switching over to Mac is that they’re used to interacting with their files and data directly, while a lot of Mac apps hide those things in a file tree in favor of automation.

It’s too early to judge Inbox just yet, so we’ll have to wait and see whether it’ll be a godsend to email and explode in popularity like the ubiquitous Gmail or if it’ll be too much of a change to get people to switch over—or, worse, just not a welcome change. Google plans for it to be a “long-term” Gmail replacement, according to Farhad Manjoo at the New York Times, who got a one-on-one demo of Inbox from Google.

They’ll still be keeping up with Gmail in the short term, so let’s all hope that if people don’t take to Inbox, they’ll leave our precious Gmail alone. It’s unknown when at this point, but we should get to find out for ourselves soon by way of an invite-only Inbox demo.

(via The Daily Dot, image via Google)