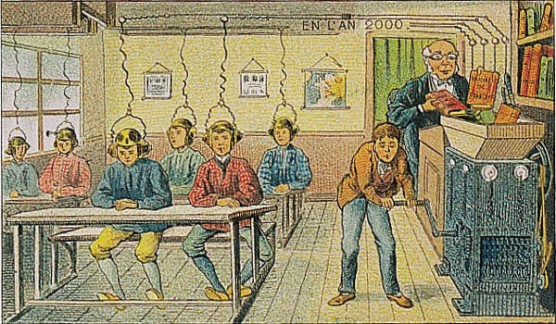 So, back in 1910, a bunch of guys sat around and wondered, hard, about what the year 2000 would look like. Because 2000 was gonna be crazy! … But not too crazy! Indeed, 90 years from then, honorable gentlemen would still listen to their news on gramophones while being served tea by a manservant. Not just any news — future news! Click through for more glimpses into … the RetroFuture!

According to these illustrations by Villemard, the future looks … like 1910. Maybe the prospect of 2000 was way beyond Villemard’s thought capacity. Or maybe he was living in a cave, and had only recently discovered the human race and it’s fancy contraptions. Like roller skates! 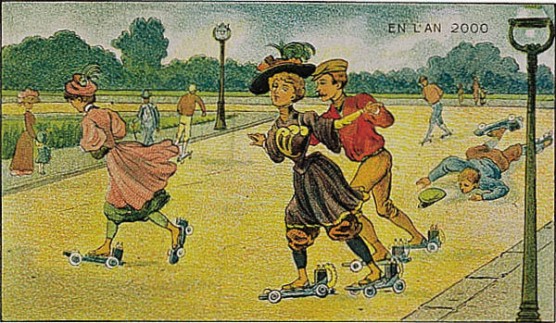 But then again, what about looking at girly pictures? Projected onto a screen? Or maybe making moving picture phone calls?  We’re not actually sure? 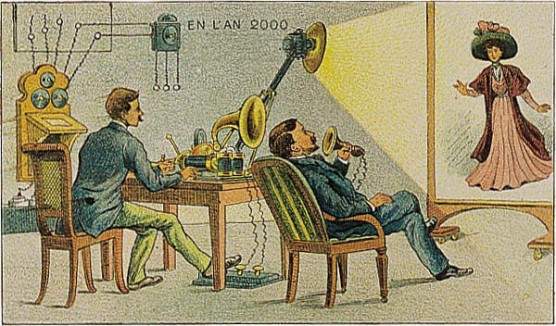 And with electricity, the Future can converse and drink brandy in front of the warm glow … of electricity! 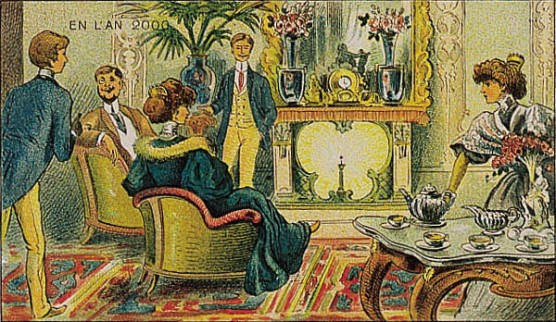 But since these fabulous machines can produce visual and aural delights, what else can it do? Perhaps enable humans to build entire buildings from the safety of an on-site booth! 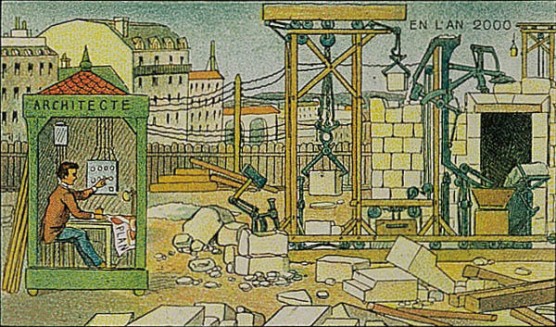 That’s some large-scale project! What about eliminating the need to talk to people while being groomed? Personalities are for ethnics! 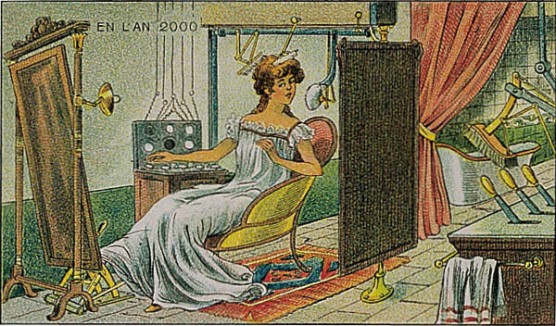 Or, how about … whatever this is? 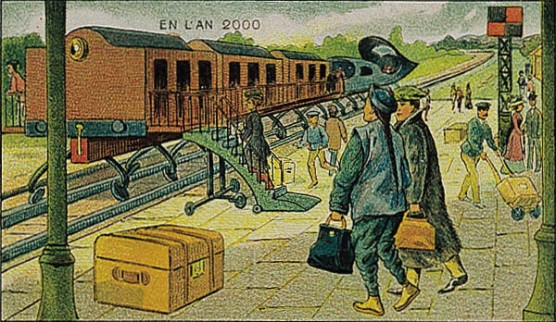 You know, sometimes you have to admit that you just have no idea what’s going to happen in the future. It’s cool, Villemard. If there’s one thing we’ve learned from this, it’s that we have no idea what 2100 is going to look like.

And that’s actually kind of exciting.

(ufunk via Design You Trust)