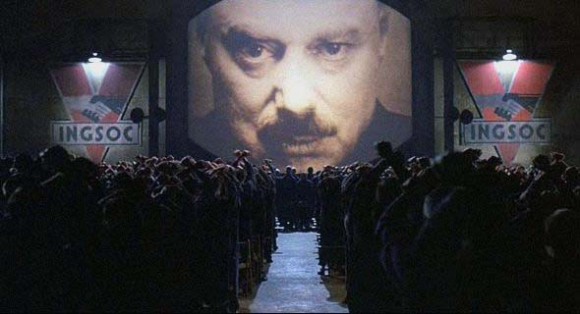 In news that might not be all that upsetting, Imagine Entertainment has announced that they’re remaking the movie based on George Orwell‘s famous novel 1984. Why is this interesting rather than being outright infuriating? Because this will be the first trip to the big screen for the dystopian classic that introduced us to Big Brother since, well, 1984. Aside from an opera (yes, an opera) in 2005, 1984 has been largely left alone by pop culture. But now, we have a serious crush on a world gone mad with power and chaos of the worst kind. I’m going to say it: This might not be a bad idea.

That’s right, you heard me. I don’t think this is necessarily a bad idea. Is it necessary? No. It’s entertainment. None of it is necessary. But it’s interesting, and probably more relevant now than in the past. And considering how successful The Hunger Games has been as both a movie and series of books (not to mention a new Mad Max on the horizon), it’s a theme that will appeal to a very large audience. To say nothing of the name recognition.

It will be produced by Imagine’s Brian Grazer as well as Julie Yorn (The Exorcism of Emily Rose, Max Payne, and We Bought a Zoo) and Rick Yorn (Gangs of New York, The Wolfman, Boardwalk Empire). Tasked with writing the screenplay is Noah Oppenheim, whose career as a screenwriter is not a typical one; he has a background in news, having previously worked as a producer of Hardball with Chris Matthews and The TODAY Show, and is currently working on other remakes including War Games and the 2010 Swedish movie Snabba Cash (Easy Money). He’s also writing The Secret Life of Houdini, to be directed by Gary Ross (The Hunger Games). And for those of you who are fans of the 1984 adaptation (there was also one made in 1956) and are leery of a remake, Gina Rosenblum, a producer on the film that starred John Hurt and Richard Burton, will executive produce along with, weirdly enough, street artist Shepard Fairey.

No word on a possible release date, but personally, I think this one might be a remake we can get behind. Let the casting speculation begin!