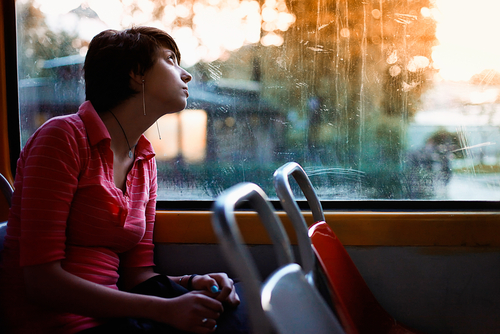 I’ve written a little bit about soundtracks and scores in the past. We’ve covered heroes, villains, and beauty, but sometimes, what you need is a good, old-fashioned cryfest. Every now and then, nothing will do but to find the saddest music you can think of, make a playlist, and listen while you get your therapeutic sads out. Or … write a particularly heartbreaking story or piece of story. When only sad songs will do, I tend to want a list of instrumental tracks so the words don’t get in the way of my own. I’m a huge fan of listening to instrumental tracks when trying to write fiction. Now, I’m a pretty big nerd (huge surprise, right?), so my list is going to skew sci-fi/fantasy, but I’m open to learning about your favorite heartbreaking tracks from any genre, so feel free to share your own favorites in the comments!

Up until about the 2:00 minute mark, this track is very heroic and adventurous, but after that … it’s all sad, lion baby crawling up to dead lion dad for comfort, and it’s just about as sad as it gets. Every time I listen to this track, inside my head is all like baby Simba thinking, “When I said I just couldn’t wait to be king, I didn’t mean it! I didn’t mean you should die to save me!” Freaking Hamlet Lions. My stupid heart hurts, you jerks!

Casper was actually a pretty good movie. I remember seeing it in the theater and thinking that Christina Ricci was the absolute coolest. The soundtrack stuck with me right away, and I bought the CD. Casper’s Lullaby has made it onto so many burned CDs for various writing projects and so many playlists for the same purpose that I had to include it on this list. Does anyone else still cry when Kat and Casper get to dance? Yeah, me neither. Right. The Casper soundtrack was written by James Horner, but it’s almost like it was James Horner channeling (ghost pun? anyone?) Danny Elfman. Listen near the beginning at the :20 second mark – very Elfman-esque, I think. That quasi-creepy children’s chorus sound is one I generally associate with Danny Elfman, but here we have James Horner using it for beautiful dramatic effect. And, when you think about how Kat is going to grow up and grow old and Casper will stay a ghost boy forever … yeah, someone needs to stop cutting onions in here!

Aaaannd, here’s the Danny Elfman track. “She never saw him again. Not after that night.” Seriously? That always drove me nuts! You know where he lives – he’s up there cutting snowflakes like mad! Go for a visit? Hang out? Bring a picnic basket? Nope. Just going to get married and have kids and then tell my grandkid about this super cool dude who makes snow and was like, my first love and stuff. I love the movie, but I love the soundtrack even more. The “Ice Dance” scene was always my favorite. When Kim is frolicking in the ice shavings and Edward is just scissor-handsing the ice sculpture so studiously … Winona Ryder is gorgeous, but I think this was the prettiest she’s ever been in a movie. I wanted to be her in this scene, even though there’s a sense of sadness, like you just KNOW things aren’t going to be okay. And they aren’t, when her stereotype of an idiot boyfriend shows up and ruins everything. Idiot.

4.) To The Stars, from Dragonheart, by Randy Edelman

If ever a song existed that made me feel super sad that mythical creatures have gone mythical-extinct, then this theme from Dragonheart would be the one. Not only is it gorgeous, it’s so pretty that it’s been borrowed for tons of movie trailers. I’ll admit it, I cried my eyes out when I realized that the best poor old Draco-Sean-Connery was going to get was to be “immortalized among the stars.” Which pretty much means he’s going to die. And not just die – he squandered half of his magical, pure dragon heart in an attempt to make Einon less of a monster. It didn’t work, and he had to make his bestie help him perform human-assisted draconicide. Is that a word? It is now. David Thewlis, I liked you much, much better as Remus Lupin! The main melody starts at the 1:12 mark, if you want to skip to the meat of the track.

5.) The Bridge of Khazad Dum, from The Lord of the Rings: The Fellowship of the Rings, by Howard Shore

You can HEAR in the soundtrack the menace and rage of the Balrog, and of course the sad part that I’m referencing is the plaintive solo voice that articulates the grief of the Fellowship at what they believe is Gandalf’s passing. That part begins at the 4:40ish mark, and the vocals begin at 4:58. I still picture their faces and their devastation at the loss of their friend and guide. They feel lost without him, emotionally and physically, and the cold, lonely tone of the soprano voice accentuates how alone they must feel, especially Frodo, who had a bond with the wizard, and Aragorn, who must shoulder the entire burden of leadership now in his absence.

6.) An American Tail, Main Title and Give Me Your Tired, Your Poor, by James Horner

Haunting violins and a choral rendition of the Statue of Liberty’s message, both sad for their own reasons. The tale of the wandering mousie immigrant maybe-orphan struggling to find his family in a new world vs. the reality that “Give Us Your Poor,” has not been a popular sentiment in this country for quite some time. Listen for the beginning of the choral message at the :55 mark. Pretty powerful stuff for a movie about lost cartoon mice. I’ve always felt like this movie had been scored with all of the nuance and care of a live action film, and it was one of the things I love about many of James Horner’s soundtracks. Great, that whole, “mousie immigrant,” line made me think of Hamilton again. It’s really never going to get out of my brain, is it? Thanks, Lin Manuel Miranda. :-)

7.) Darth Vader’s Death, from Return of the Jedi, by John Williams

This track is the one that originally sparked my interest in listening to soundtracks interpretively. When the previously bombastic Imperial March is played quietly on a strings and then a harp as Darth Vader reverts back into Anakin Skywalker and gazes upon his son with his own face for the first and last time, I had an epiphany of understanding how soundtracks can work. The difference in the way the theme was played mirrored the way the character had gone from nearly invulnerable to massively vulnerable in one very extended round of contact with Force lightning. The Emperor was kind of a huge, creepy dick. Glad he went down the space hole. Listen at :48 for the soft strings, and then at 2:07 for the harp. 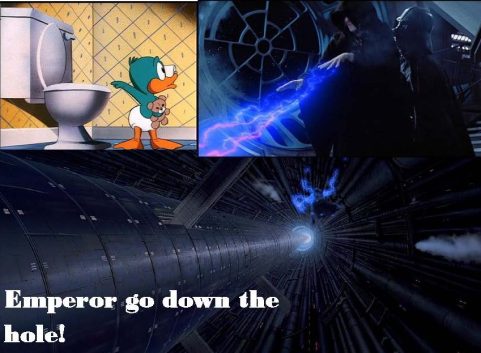 That Plucky Duck kid throwing everything down the hole will never not be funny to me.

Well, this one is cheating because Leia’s theme was more beautiful than sad until recently, when Carrie Fisher passed away. Now, it makes me tear up every single time I hear it. Upon listening again, it was never a particularly cheerful theme. It was lovely and complex just like the character it represented. My favorite parts are at the 2:36 mark, when the main theme is punctuated with background harmony that highlights the gravitas of Princess Leia’s life and duties. This is a beautiful theme for a lady who has seen some things. Things like what went down at the end of Rogue One, and things like Alderaan’s destruction. The track starts quietly, but at 3:15, the soaring melody takes over. By 4:08, the quiet is back. I’d like to interpret this as a musical representation of Leia’s combination of fire and political tact and expertise.

This track just contains such a feeling of contained emotion begging for expression. I realize a lot of people didn’t like Cloud Atlas, but the story spreading over years and years and how it affected each individual involved was fascinating to me. Even if you don’t like or never saw the movie, close your eyes and listen to the track. Even divorced from its setting, it’s powerful, dignified, and determined. It’s a theme for people who have touched sadness and have kept on going.

10.) Lament for Theodred, from Lord of the Rings: The Two Towers, by Howard Shore, sung by Miranda Otto

This track was only in the extended version of the movie, but it makes an already sad scene even that much more heartbreaking. The part when Theoden King is finally in his right mind and asks about his son is highly emotional already, then to find out that he’s died while his father was in no condition to remember or help had to be devastating. Eowyn’s song at Theodred’s funeral is strong but sad. She doesn’t shy away or break. Her grief at the loss of her cousin and friend is simultaneously strong, determined, and emotionally powerful, very much like Eowyn herself.

Honorable mention goes to the Mines of Narshe theme from Final Fantasy 3/6, by Nobuo Uematsu. I remember playing this game with my brother years ago, and both of us being like, we have to get out of this area of the game because of the oppressive sadness of the music. There’s even a sad, hopeless sigh built in to the actual music. It sucks to be in Narshe.

Further honorable mention goes to The Sacrifice of Faramir from the Lord of the Rings: The Return of the King soundtrack. Not only does it represent one of my favorite characters in the whole trilogy, Faramir, it also features the vocal talent of Billy Boyd, who played Pippin. If you just want that part, start the track at 2:35. Third and final honorable mention goes to the Swamps of Sadness track from The Neverending Story. If you’ve ever wondered what music should score a scene where a teenage boy is begging his horse to not die of sadness and depression RIGHT IN FRONT OF HIS FACE by sinking into a swamp, then this is the answer to that sad, terrible question. I promise this scene messed me up as a kid.

What are your favorites? I’ll make a playlist that will make the heavens weep! :-D