It’s Now Illegal to Unlock Your Subsidized Phone, But Does it Matter? 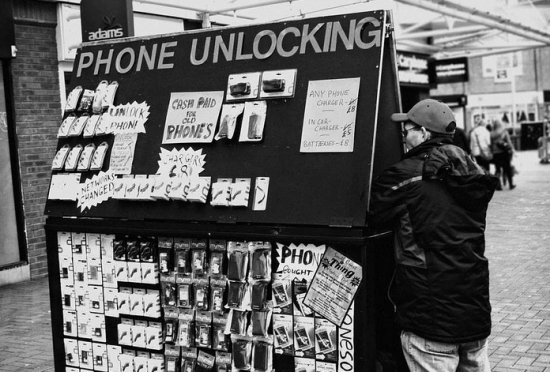 As of yesterday, it is now illegal to unlock a carrier-subsidized phone for use on another network. Doing so before your contract expires now puts you in violation of the Digital Millennium Copyright Act. The move is meant to protect carriers from losing the money they spend to subsidize phones before they have a chance to earn it back through their service plans. There’s already a We The People petition to reverse the decision, but is it worth trying to overturn this law?

The reason that cell phones are cheaper when you buy them under contract is that the carrier is paying the difference in the price of the phone, expecting that they’ll earn that money back over the course of the contract. The list price for my phone was $699.99, but with a carrier subsidy, I only paid $50. AT&T paid $650 to Samsung so that I would use their service for two years, and over that time they can reasonably expect to make much more than that from me.

Carriers do stand to lose money if people take advantage of a subsidy and then drop them for another service. Even with the incredibly high early termination fee, customers could still stick carriers with bills for a few hundred dollars if they buy a subsidized phone and then drop the carrier. If I paid $50 for my $699.99 phone, and then immediately canceled my account and paid the $299 termination fee to go with another carrier, AT&T is still out $350. (This is assuming AT&T pays the retail price. They probably don’t, but I was unable to find the actual price they do pay.)

Phones that are already unlocked are not in violation of the law, and neither are older “legacy” phones. You can still buy unlocked phones, and with carriers like T-Mobile getting rid of subsidies altogether, this might not even be an issue for much longer.

The penalties attached to violating the law can range from $200 to $2,500 “per individual act.” That’s if you unlock your phone for your own use. The penalties for anyone doing it for “commercial advantage or private financial gain” can face jail time and be fined up to $500,000 for the first offense. That doubles for second, and any further offenses.

That seems pretty severe. The petition to have the White House reverse the decision needs 78,561 more signatures for an official response. Maybe signing it isn’t a terrible idea.

(via TechCrunch, image via somesortoferror)