IKEA Introduces Shipping Pallets Made of Cardboard, Usable Only Once — Just Like IKEA Furniture 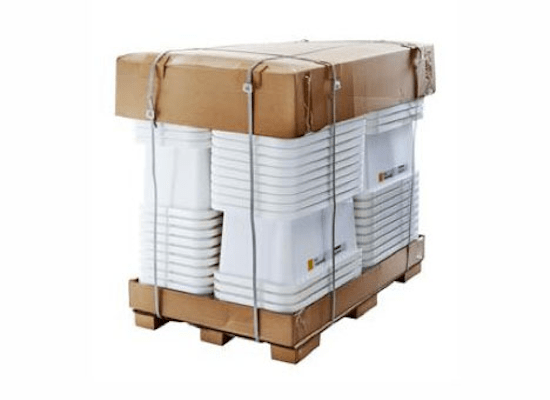 IKEA furniture has long been the mainstay of people looking to furnish a home on a budget. Though cheap and highly functional, much of the Swesdish-made furniture is famous for its fabulously limited shelf life. It is not too surprising then, that IKEA should announce their adoption of one-time-use shipping pallets made of cardboard.

According to Core77, the low-cost furniture giant will cease using wooden shipping pallets in a few weeks. The new, IKEA designed cardboard pallets are expected to lower the company’s overhead by some $193 million a year. The company expects to realize some serious savings, despite having to invest in new forklifts and other pieces of logistic equipment.

Amazingly, these cardboard pallets will be able to carry about 1,650 pounds.

However, the fact that the pallets can only be used once is cause for concern. Traditional wooden pallets are collected and reused many times, giving them a far longer life span than a single trip. However, IKEA apparently plans to recycle the cardboard. If they were able to tear down and reconstitute the cardboard into more pallets, that would be even better, creating something close to a closed-loop system.

We’ll have to see how this shakes out. I have to admit that I am skeptical in the longterm money saving potential of the project, in addition to the possible environmental impact. Hopefully their pallets will hold up better while moving than their chest of drawers do.