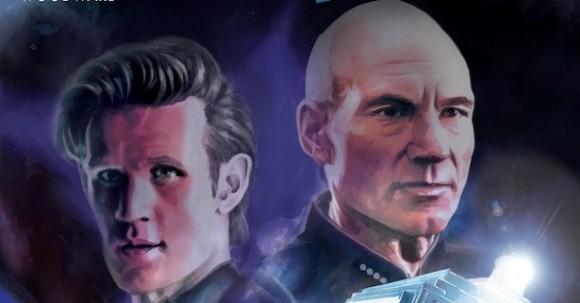 Not long ago, IDW announced that they were teaming up two very huge sci-fi institutions for a crossover comic: Star Trek: The Next Generation and Doctor Who. Now, we’ve learned about who the Doctor and Captain Picard will be fighting together, and it’s pretty apparent that the good guys aren’t the only matches made in heaven. Or hell, really.

The full cover of the issue titled Assimilation will appear after some details, but we won’t wait that long to tell you about the enemies getting up in the Captain’s and the Doctor’s respectives grills: the Cybermen and the Borgs. The title may have been a bit of a hint, we realize. The issue will be written by people who have worked on separate comics for both Trek and Who: Scott and David Tipton (Star Trek: Infestation) and Tony Lee (Doctor Who). It will be drawn by J.K. Woodward, who worked on Fallen Angel.

Without further ado, here is that full cover we promised: 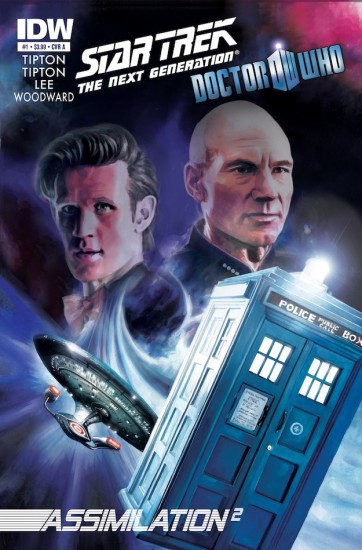 Bleeding Cool also got its hands on this picture: 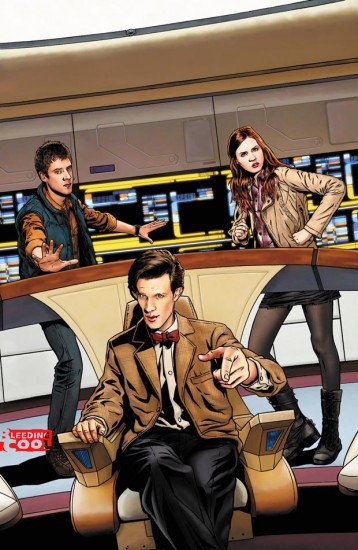 Now I just want to see Data and Georidi La Forge in the TARDIS. I will also take Wesley Crusher in the TARDIS. Just to see what it looks like. I feel like Picard might walk in and immediately wonder where he’s supposed to sit, only because the seats on the Enterprise are so prominently featured and I often see Picard sitting in said seats.

No release date has been announced, but as you can see, it’s not a rumor. This is really happening.