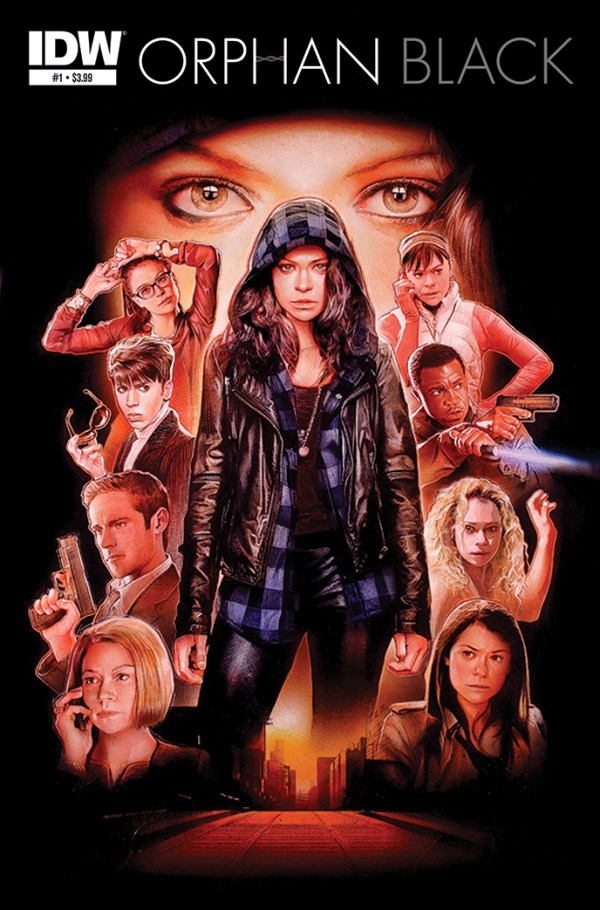 Jill’s currently en route to San Diego Comic-Con, but I think I just heard her let out a screech from all the way back in New York. IDW Publishing is doing Orphan Black comics, for launch in early 2015! The show “was met with an enormous amount of enthusiasm at last year’s Comic-Con,” explains John Young, Managing Director at Orphan Black‘s Temple Street Productions, “which really inspired us to give back to fans of the show through a medium so vital to the science fiction world.”

The first cover image, above, is by Nick Runge. The official press release tells us that the series “will not be a clone of the show, but will feature some all-new stories set in the complex and thrilling world of Orphan Black.” No details on the story or full creative team have yet been announced, but if you think we’re going to keep you up-to-date on all the new info… well, you’re damn right.