The three-hour documentary has Elba training to fight one of the pros. 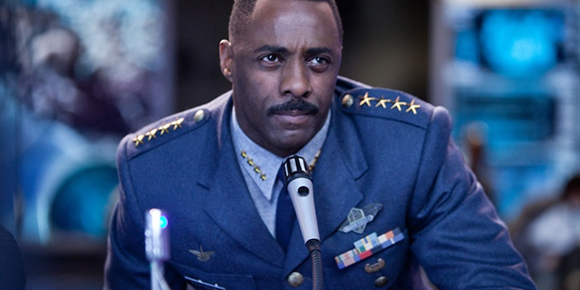 Is there anything Idris Elba can’t do? (Other than play James Bond, much to our disappointment.) While most know Elba from his acting career, it turns out that he’s apparently not content unless he tries his hand at every other profession possible.

He’s also discussed being a DJ (and showed off his impressive dance moves) with Jimmy Fallon and made the attempt at rally driving as part of a documented process with Discovery. Now, he’s gearing up with Discovery once again for a series that has him already training to be a kickboxer–and at the end of it all, he’s going to be fighting one of the professionals. Oh, and did I mention he’s documenting the process along the way?

Ahem. Now that I’ve sufficiently gotten your attention: Elba’s next collaborative effort with Discovery is called Idris Elba: Fighter. The three-hour documentary follows Elba during the process of preparing to fight at the professional level and tracks his progress meeting with former fighting champions and coaches. Fortunately, he’s not completely starting from scratch since he has some experience with fitness kickboxing in his twenties.

According to Elba, this is a dream that’s been in the making for a while: “It has been a lifelong ambition of mine to fight professionally. Entering the ring to further test myself as a human being is a challenge I have been looking to take on for quite some time.” He’s been posting videos from his training seshes on his Instagram account, though if you want to find out who emerges victorious you’ll probably have to wait until Idris Elba: Fighter airs in 2017.