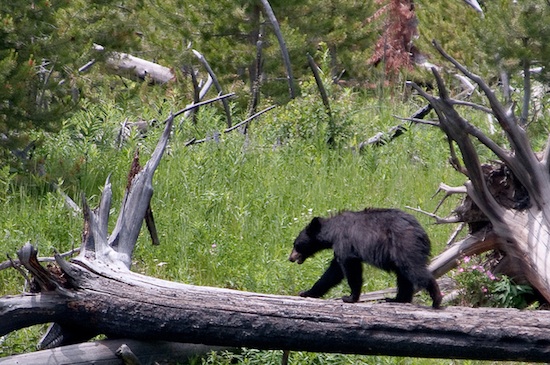 We’ll admit it — we’ve never really gotten the point of hunting. Driving way out into the woods to kill a thing when there are any number of fine grocery stores and restaurants just a short walk from home never really made much sense to us, and the sporting aspect always rang false because, well, the hunter has a gun and the animals, by and large, do not. We do know one thing about hunting, though, neophytes though we may be: If you shoot a bear, you had best make certain it’s dead, because if it’s not, well, then it’s just an angry bear. That’s a lesson Oregon deer hunter Alex Machavo learned the hard way this weekend, when he was mauled by a bear he was pretty sure he’d killed.

Machavo was hunting deer with a friend when they came upon a bear, which, being hunters, they decided to shoot. Now, we’re going to take a pass any moral judgments here, as Machavo and his friend had the appropriate tags and were legally in the right, even if shooting a bear just because the opportunity comes up seems like kind of a dick move to us.

Ethical implications aside, shooting the bear seems like it will go down as a bad call for Machavo, who is currently hospitalized in stable condition. Machavo and his companion, Nathan Shinn of Phoenix, thought they were having one of those days where you get the bear, but it turned out to be a day when the bear got them.

After being shot, the understandably pissed off bear rose up, catching the two off guard, and grabbed Machavo in a bear hug. It then proceeded to roll 50 feet down a nearby hill with Machavo still in its grip, biting him the entire time, which has to mark the least fun way anyone has ever rolled down a hill. Machavo only escaped when Shinn fired again, shooting the bear in the head and seemingly killing it.

While the very-lucky-to-be-alive Machavo recuperates in the hospital, the Associated Press reports that deputies are due to revisit the scene of the bear attack “to make sure it’s truly dead.” Which anyone who has ever seen a horror movie can tell you it absolutely isn’t.