Iceman Was Almost Put Back into the Closet By Marvel 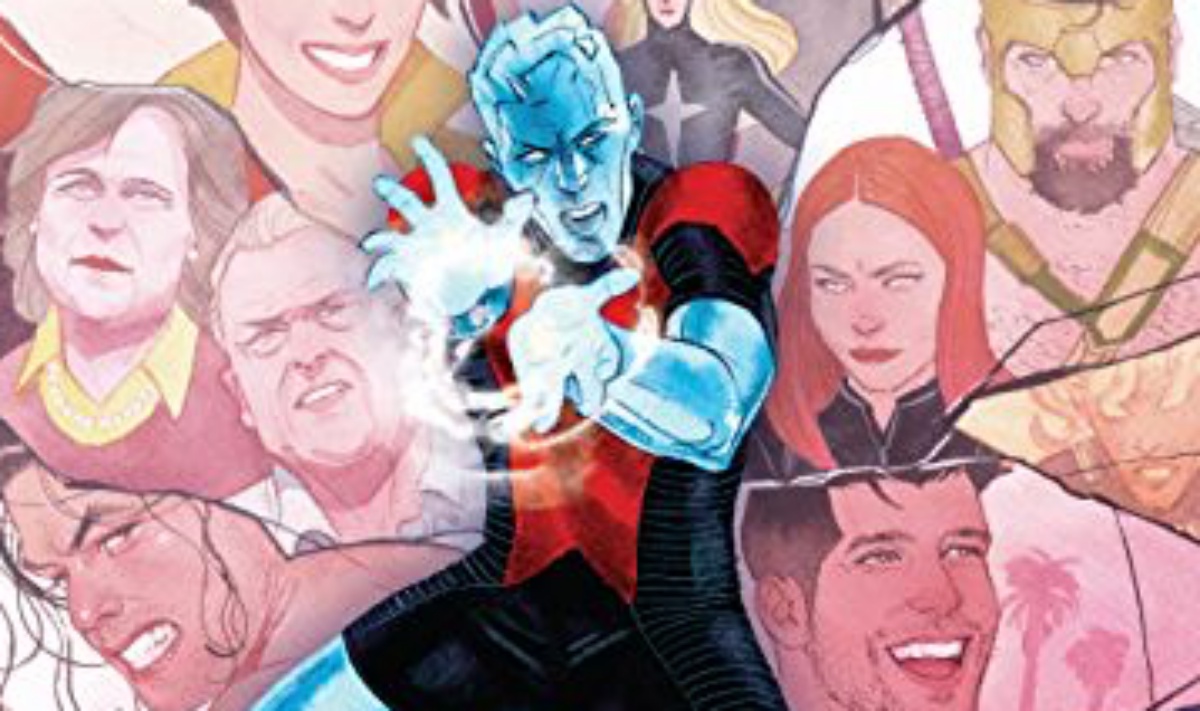 Marvel … for all the grief and ire you have gotten about being too diverse with too many minorities and SJW-agenda blah blah blah, you still can’t even manage to really hit the nail on the head.

For all the times you give us something like Ironheart, we also have to deal with what just happened in Extermination #5. Over at Paste Magazine, Steve Foxe broke down how the latest issue of the Marvel series added on to the already messy handling of Iceman/Bobby Drake’s sexuality. Let’s start with the new stuff, and then we shall put it into context.

In Extermination #5, the X-Men are overwhelmed by a pair of young mutants capable of turning any X-Men they touch into mindless hounds, the solution to this, according to teen Cable (lol), is to return to a moment in their past and wipe away any memories they have of their adventures in the present.

As Foxe explains, “This means sacrifice on behalf of each of them: Warren must accept becoming inexorably tied to Apocalypse, Jean knows she’ll become possessed by the Phoenix and enter a cycle of death and rebirth, Scott is aware he’ll one day kill his mentor and then die of a plague and Hank must submit to becoming blue and furry. But for Bobby, his sacrifice is much more grounded in reality. To preserve the X-Men timeline and defeat Ahab, the gleeful, unabashedly gay teenaged Bobby Drake must choose to give up his authentic self and live his teen and early adult years in the closet all over again.”

Reading this gave me chills because just the very idea of having to go back in the closet is a nightmare for me. While not every single person in my family knows I’m bisexual, in my social life, it’s a huge part of who I am. Learning to be comfortable with the label, with the skin I am in and my attraction to women, has been so important to me. The only thing I regret is not knowing it sooner, which is why the idea of Adult Bobby losing all these memories of being out at a young age sting so badly.

The younger Bobby says, “I’m not sure I can go back to … before. I’m not the same person. I don’t want to go back to pretending I’m something I’m not.” Thankfully, Jean uses techniques she learned from a young memory-altering mutant to lock their future adventures deep in their minds, and so, in present day, the adult versions of everyone do remember everything their younger selves experienced, “preserving six years of stories while tying off a continuity headache,” as Foxe put it.

While this was a neat package to wrap this whole story in, much like Foxe, I find this kind of thing really upsetting, especially because it ends up not going through. Neither possible outcome would be ideal, but the fact that Bobby’s queerness could be used as such a plot device frustrates me. Marvel and DC have been making moves to get better LGBTQ diversity in their comics, and the result has been mixed. Even Bobby’s sexuality was forced out, in-universe, when Jean read his mind and found out.

Thankfully, Bobby was able to experience love with Romeo and, as an adult, will have access to those memories, but it still sucks that they even held that over his head. With the death of DC’s Poison Ivy depicted in a pose that people found to be too hyper-sexualized for a major queer female character, I can see how readers are very sensitive to the fact that, for all the representation Marvel does try to include, there’s also a fear that it’ll be taken away from us without getting its full value appreciated.

For me, I just don’t understand why, when it comes to gay characters, our reality has to always revolve around our sexuality when it comes to these sorts of threats. Why does Bobby’s ultimate fate have to be tied to the closet when his comrades don’t have horrors in the future that deal with their sexuality?

It’s uncomfortable even if the intent is good, because it’s something too grounded in reality to be done and then undone within the span of a few panels. If you were never going to put him back into the closet (which you shouldn’t do, period), then don’t present that as a threat, because that’s an actual reality people have to deal with—especially during the holidays, when people sometimes have to put on a whole new personality to face their parents.