Yeah, not that Ice Cube, though that would be so awesome. 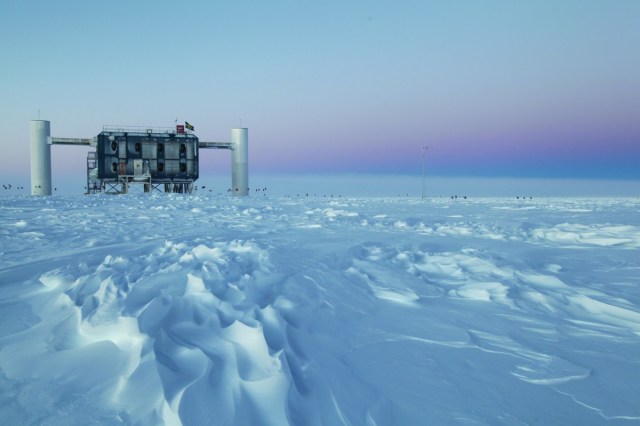 Scientists have been searching for evidence of the elusive neutrino particle from outer space for decades. Thanks to the IceCube Neutrino Observatory in Antarctica, researchers have finally found the first neutrinos in our solar system since 1987, opening the door for countless potential discoveries about the universe.

The origin of cosmic rays – with the energy of a bullet in a single atom – has long puzzled astrophysicists, who attempt to find information about them through neutrinos, particle by-products caused by the collision of cosmic rays with their surroundings. Though neutrinos are everywhere – tens of billions of neutrinos just passed through you as you read this paragraph – they’re incredibly hard to detect.

The IceCube Observatory can be found under the ice of the South Pole, and it detects the tiny flashes of light emitted when neutrinos – usually from the atmosphere or the sun – pass through the ice.Researchers, however, have just announced that in April of 2012, IceCube detected two neutrinos with energy signatures from outside the solar system – and they nicknamed them “Bert” and “Ernie.”

“It is a major breakthrough,” said Uli Katz, a particle physicist at University of Erlangen-Nuremberg. “I think it is one of the absolute major discoveries in astro-particle physics.”

Unfortunately, scientists have been unable to pinpoint the exact origin of the neutrinos. Can you tell me how to get, how to get to the deep-space originator of intense cosmic rays?

(via ABC Science, image via IceCube)