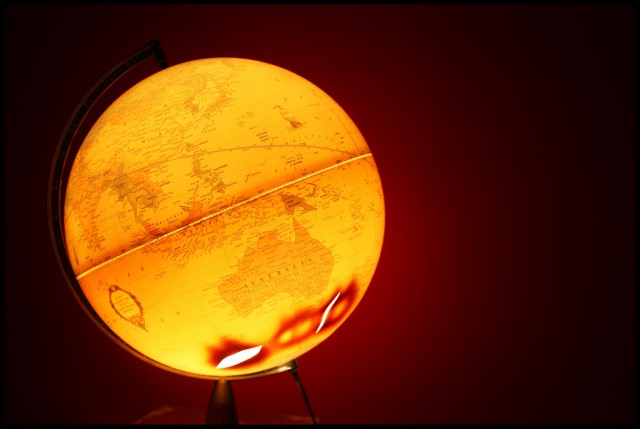 A group of American and Chinese researchers have used an advanced climate simulation tool to project that the Arctic will undergo periods without ice, likely occurring during September, beginning sometime between the years 2054 and 2058.

The discovery of increasing global temperatures made scientists realize that if the planet keeps getting warmer, even the coldest areas will someday melt. I mean, it’s kind of common sense. Researchers have used a variety of models and methods to predict when such a catastrophe might occur, and this new one seems pretty concerning.

The latest version of the Coupled Model Intercomparison Project Phase 5, or CMIP5, a model to study the effects of climate change, considers ice thickness — the thinner the ice is, the faster it will melt, and research suggests that ice in the Arctic is getting thinner and thinner. The model also studies the differences between past projections and actual occurrences, then uses that data in its new predictions. They have also included data about the patterns of the ice flows, ranging from the extent it covers at any given time to the effects the sea has on the present ice.

Published in Proceedings of the National Academy of Sciences, the group’s research simulations apparently came up this conclusion: There will be an ice-free Arctic for several months each year, and this period will start occurring between 2054 and 2058.

(via Phys.Org, image via Andrea Zeppilli)