Earth Now The Farthest From The Sun It Will Be All Year: Still Hot as Hell

Is there anyway we could get even further from the Sun? Like, just for a couple of days, I mean. 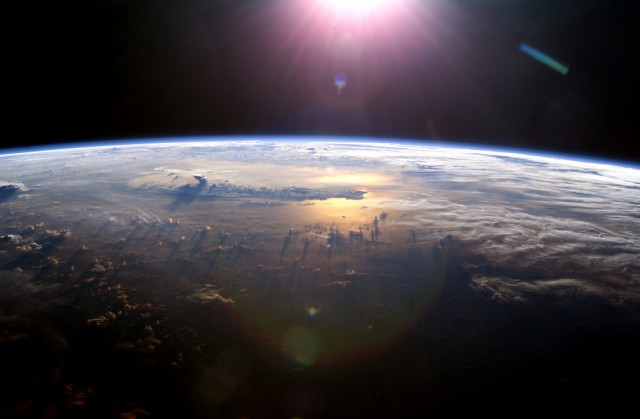 You guys without air conditioning want to hear something funny? At 11am EDT today, the Earth reached the point in its orbit where it was farthest from the sun in space. Yeah, you read that right — farther from the Sun. As in, not near it. So you can stop making jokes about how it feels like the Sun is sitting in your living room, because it isn’t. It is doing the opposite of that, and it’s still too damn hot. There’s nothing funny about that.

But before some of you cry out “Global warming!” and some more of you cry out “That’s not a thing!” and this becomes a really terrible argument, the reason it’s so hot out despite our distance from the Sun is actually pretty simple. The heat isn’t due to proximity of the sun: it’s due to the 23.5 degree tilt of the Earth’s axis that changes how the Sun’s rays hits different parts of the world. It’s summer in North America because those rays are coming at us more directly, but it’s winter in the Southern hemisphere where they’re hitting at more of an angle.

So really, the disconnect here isn’t due to global warming — it’s because you don’t live in Australia. Which is probably for the best, as I imagine Australians need all the extra brain-space they aren’t using wondering about the aphelion to keep themselves from getting killed by everything else that lives in Australia.