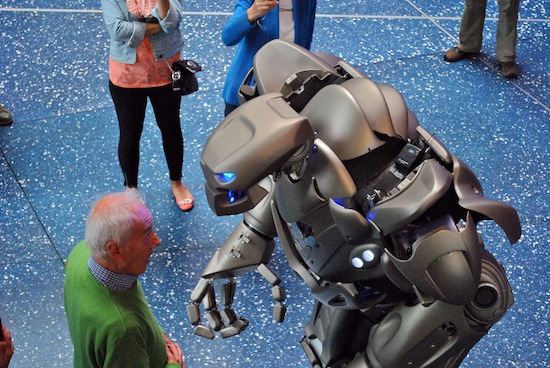 When people begin warning everyone about the dangers of a robot uprising, they tend to get labeled as crackpots. But what if the people warning you are University of Cambridge professors and the co-founder of Skype? That’s happening, and they’re banking on their clout to be taken seriously. Two Cambridge professors and Jaan Tallinn are teaming up to start the Centre for the Study of Existential Risk and analyze the threat posed by a possible robotic uprising.

Tallinn is joining forces with philosophy professor Huw Price and professor of cosmology and astrophysics Martin Rees, both of the University of Cambridge, to take a serious look at the threat robots could one day pose to humanity. In a letter on the project’s site, the three say that the initiative, “begins with the conviction that these issues require a great deal more scientific investigation than they presently receive.”

The three men are staking their reputation, and the reputation of Cambridge, on bringing some legitimacy to studying what they call “extinction-level risks.” The letter on the site focuses predominantly on artificial intelligence, and includes a link to an article written by Price and Tallinn for The Conversation as a sort of primer for the kind of situations at which they’ll be looking. The scenarios include the Singularity, or the moment when artificial intelligence surpasses our own.

They admit there might never come a time that robots become more intelligent than humans, but say that to not consider it a serious possibility given modern advances in technology is irresponsible. They draw a comparison between people dismissing artificial intelligence now to those who dismissed heavier-than-air flight, and the article poses the same response to both ideas: Nature did it. Humans can’t fly, but birds can. Eventually technology allowed humans to fly. If our brains can evolve to the level we’re at now, why wouldn’t it be possible for technology to advance to a similar level at some point in the future?

The team plans to have a prospectus for the centre ready in the next few months, and are fielding inquiries in the meantime.

(via Centre for the Study of Existential Risk, image via shaundon)